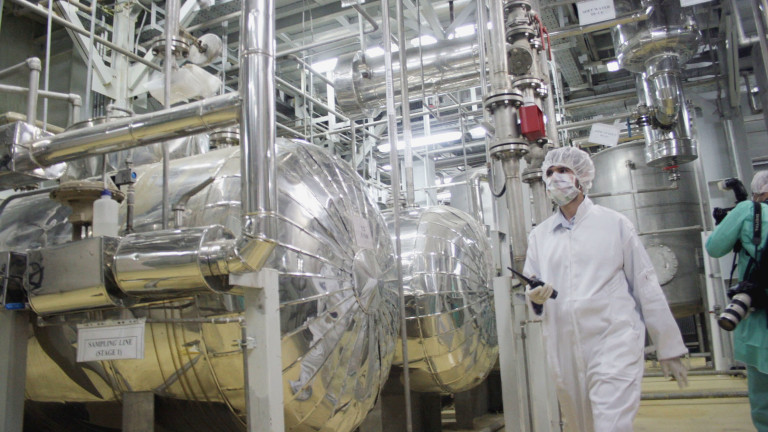 Diplomats who have closely observed the International Atomic Energy Agency’s (IAEA) work in Iran said that investigators discovered traces of uranium at a Tehran-based storage facility, Reuters reported on Monday, and that Iran has yet to issue any explanation why.

According to Reuters, vague reports that radioactive material had been detected at the site have been known for some time, but now two diplomats tasked with assisting international oversight of Iran’s nuclear programs have confirmed that it was uranium.

While uranium is one of only two materials that can be used to manufacture a nuclear warhead, one of the diplomats said that the IAEA had determined whatever material was stored there was not highly enriched, “meaning it was not purified to a level anywhere close to that needed for weapons,” Reuters wrote. There are also numerous explanations for the presence of the material, including that it predates the 2015 nuclear deal.

The find comes at a time when tensions in the region have grown following the Trump administration’s decision to walk away from the nuclear deal and apply a policy of maximum pressure against Iran and increased sanctions on its economy, which Iran has met with a series of provocations in turn.

Behrouz Kamalvandi of the Atomic Energy Organisation of Iran recently stated that Iran was activating advanced uranium enrichment centrifuges prohibited by the deal, and the country has also began enriching uranium above the terms of the agreement, according to the Associated Press.

Read the article by Tom McKay in Gizmodo.