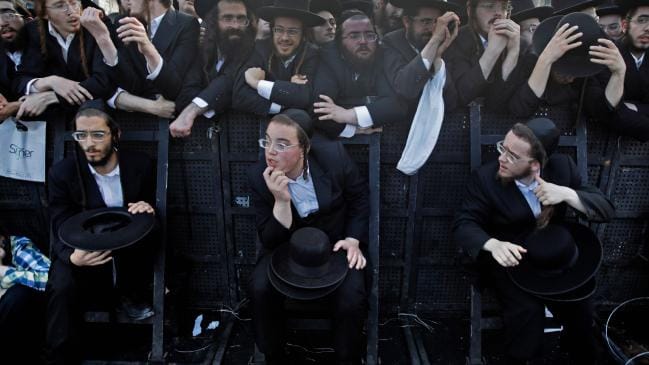 Israeli Prime Minister Benjamin Netanyahu’s government has approved a new settlement in the occupied West Bank, two days ahead of a closely fought election as he seeks to boost turnout among his right-wing base.

The approval came as Mr ­Netanyahu and his main ­opponent, Benny Gantz, vied to mobilise supporters.

Mr Netanyahu has made a flurry of announcements in recent days as part of his efforts to continue his reign as Israel’s longest-serving prime minister.

On Sunday, the cabinet agreed to turn the illegal settlement of Mevoot Yericho in the Jordan Valley into an official settlement, the Prime Minister’s office said.

About 30 families live in the outpost, which was established in 1999. Israeli settlers regularly set up caravan homes at sites in the West Bank with the hope of eventually gaining government approval as a settlement, which has repeatedly occurred.

Palestinian president Mahmud Abbas’s spokesman dismissed the cabinet meeting as illegal and called on the inter­national community to “stop the ­ ­Israeli madness aimed at destroying all the foundations of the political process”. Israeli anti-settlement NGO Peace Now said: “The government continues to show blatant disregard for reaching a two-state, conflict-ending agreement with the Palestinians.”

Read the article in The Australian  (AFP).