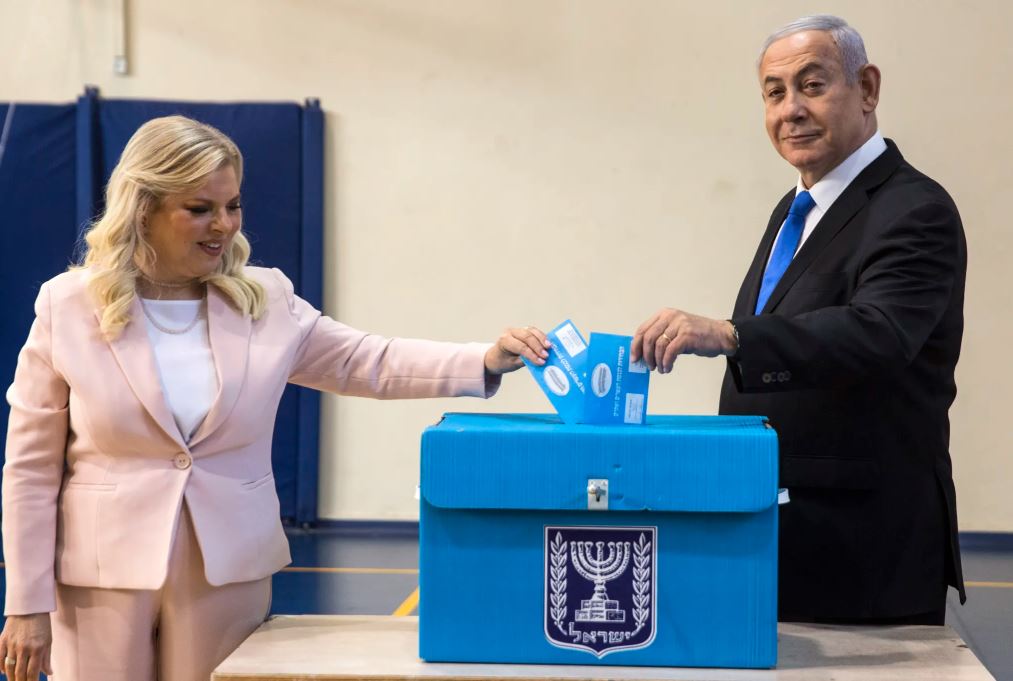 Benjamin Netanyahu’s career on the line as Israel votes

Jerusalem: Prime Minister Benjamin Netanyahu’s career is on the line as Israel holds its second national election this year, with voters deciding whether to give him another term in office despite a likely indictment on corruption charges.

The longest serving leader in Israeli history is seeking a fourth consecutive term in office and fifth overall. But he faces a stiff challenge from retired military chief Benny Gantz, whose centrist Blue and White party is running even with Netanyahu’s Likud. Both parties could struggle to form a majority coalition with smaller allies, though, forcing them into a potential unity government.

Throughout an abbreviated but alarmist campaign characterised by mudslinging and slogans condemned as racist, Netanyahu has tried to portray himself as a seasoned statesman who is uniquely qualified to lead the country through challenging times. Gantz has tried to paint Netanyahu as divisive and scandal-plagued, offering himself as a calming influence and honest alternative.

Read the article in The Sydney Morning Herald and Brisbane Times (AP).