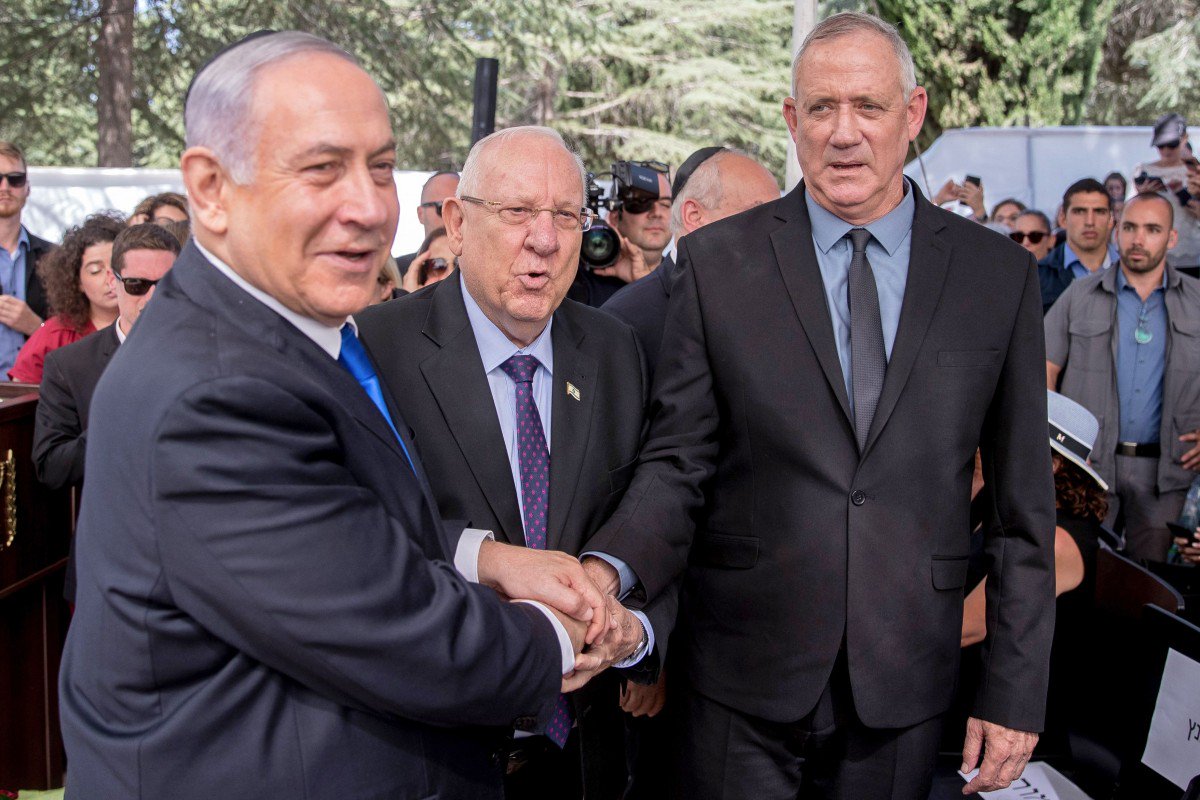 Prime Minister Benjamin Netanyahu’s long grip on power appeared in jeopardy on Wednesday after elections left him tied with his main challenger Benny Gantz, raising the prospect of tough negotiations to build a unity government or face the end of his long rule.

Signs of how demanding negotiations were likely to be, came in the evening when sources in Mr Netanyahu’s office said he was cancelling a planned trip next week to the United Nations General Assembly due to the “political context” in Israel.

He had been due to meet his “friend” US President Donald Trump on the fringes of the assembly to discuss a defence treaty between the two allies.

But Israel’s longest-serving Prime Minister is staying home as he battles to retain his grip on power.

According to Israeli media, with more than 90 per cent of ballots counted, Mr Netanyahu’s right-wing Likud had 31 seats, while Mr Gantz’s Blue and White took 32 places in Israel’s 120-member parliament.

The reports cited elections committee sources, as the data results had not yet been officially posted.

Mr Gantz’s slim lead, however, gave no obvious path for either party to form a majority coalition, raising the possibility of negotiations towards a unity government.