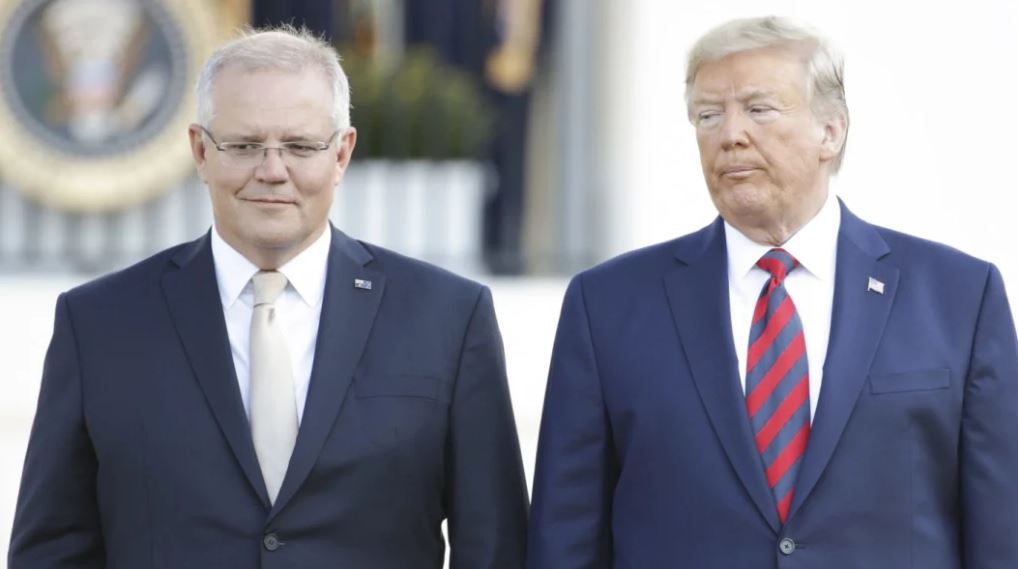 Washington – Prime Minister Scott Morrison has pushed back on talk of drastic military action in the Persian Gulf that could escalate dangers for Australian defence forces after US President Donald Trump raised the “easy” option of going to war with Iran.

Mr Morrison declared he had no “further activities planned” beyond the Australian commitment of a frigate and a surveillance aircraft to protect shipping in the Strait of Hormuz, despite Mr Trump’s talk of escalating pressure on Iran.

The contrasting views on military action came during White House talks that prompted Mr Trump to lavish praise on Mr Morrison as a “man of titanium” for his strong support for the alliance between Australia and the United States.

But the glow of the state visit, a rare honour for an Australian leader, was dimmed by a US media report that the White House had rejected Mr Morrison’s request for Hillsong Church pastor Brian Houston to attend some of the events.

Mr Houston was censured by the royal commission into child sexual abuse in 2015 for failing to report his father, Frank Houston, to police for the alleged sexual abuse of children in his church.

When asked about The Wall Street Journal‘s report regarding Mr Morrison’s desire for his “mentor” Mr Houston to attend the delegation, a spokesman for the Prime Minister said the guest list was a matter for the White House.

Read the article by David Crowe and Matthew Knott in The Sydney Morning Herald.