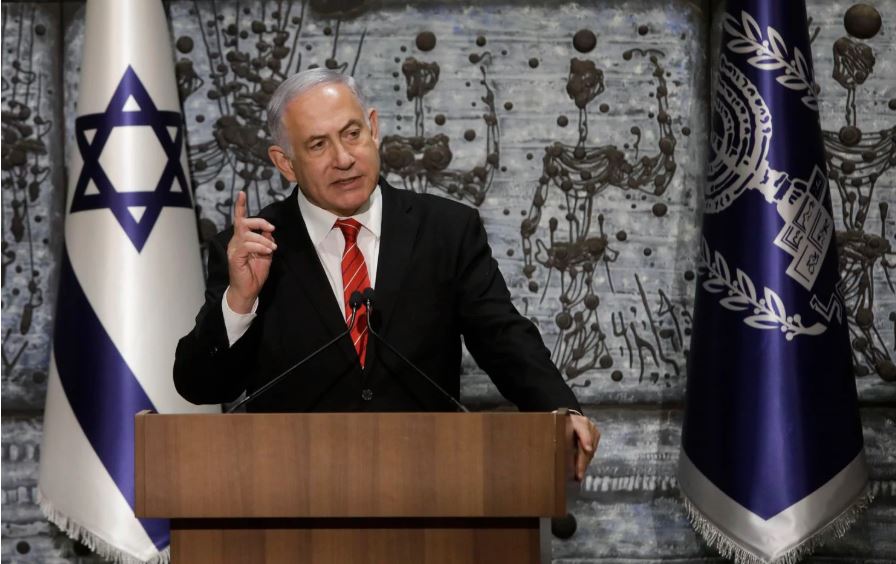 Jerusalem | Israeli Prime Minister Benjamin Netanyahu on Thursday began the daunting task of trying to cobble together a coalition government amid political deadlock that emerged from this month’s repeat elections, which had no clear winner.

He now has up to six weeks to attempt to resolve the political impasse, but his odds appear slim. Even with the support of smaller allies, both Netanyahu and his main challenger, Blue and White party leader and former army chief Benny Gantz, lack the support for the required 61-seat parliamentary majority needed to establish a government.

That’s including the support of Netanyahu’s traditional ultra-Orthodox and religious-nationalist allies.

On Thursday, the parties were jockeying ahead of a planned meeting by their negotiating teams the following day, with each side blaming the other for the stalemate.

“There are no rabbits in the hat. There are no tricks. There is no option” other than unity, said Zeev Elkin, a lawmaker with Netanyahu’s Likud party. He told Israeli Army Radio that if Blue and White “continues to rule out Netanyahu on a personal basis and continues to rule out certain parties from sitting in that same unity government, at the end we may head to elections for a third time”.

Blue and White wants Gantz to lead any unity government and refuses to sit in a coalition with Netanyahu so long as he faces likely indictment for a series of corruption scandals. Blue and White also objects to sitting with the right-wing and religious bloc that Netanyahu says he’s committed to bringing into any government he forms.

Read the article by Asharq Al-Awsat in the Australian Financial Review.