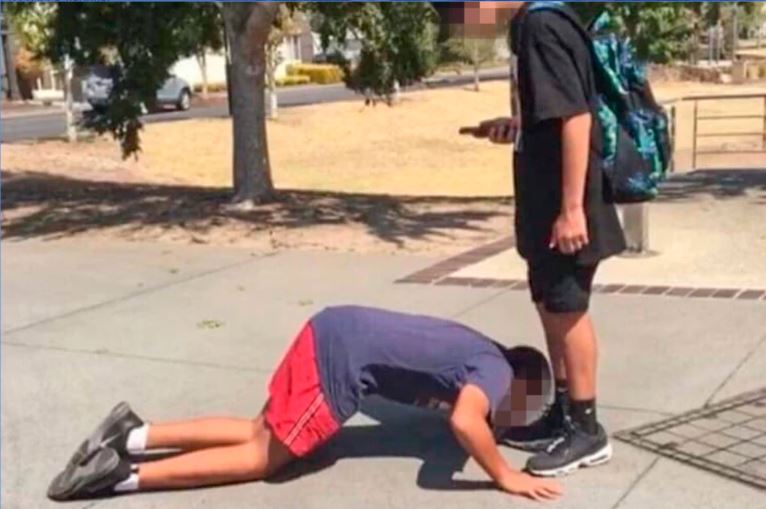 A 12-year-old Jewish student was forced to kneel down and kiss the shoes of a Muslim classmate, while a five-year-old boy was allegedly called a “Jewish cockroach” and repeatedly hounded in the school toilets by his young classmates.

The two incidents this year – the first involving a year 7 boy at Cheltenham Secondary College and the second a prep student at Hawthorn West Primary School – have prompted the Anti-Defamation Commission to sound an alarm about what it says is a “rapidly spreading” crisis involving anti-Semitic bullying in Victorian state schools.

Both boys, whose parents have asked to remain anonymous, have since left the schools where the incidents occurred, with the five-year-old boy currently being home schooled.

The older boy’s act of kissing another student’s shoes, under threat of being swarmed by several other boys, was filmed, photographed and shared on social media.

No disciplinary action has been taken against the group of boys involved in the incident, which took place in a public park.

The mother said she was bitterly disappointed by the response of Cheltenham Secondary College and the Education Department.

The school and the department have denied having responsibility for the incident, because it did not take place on school grounds, the mother said.