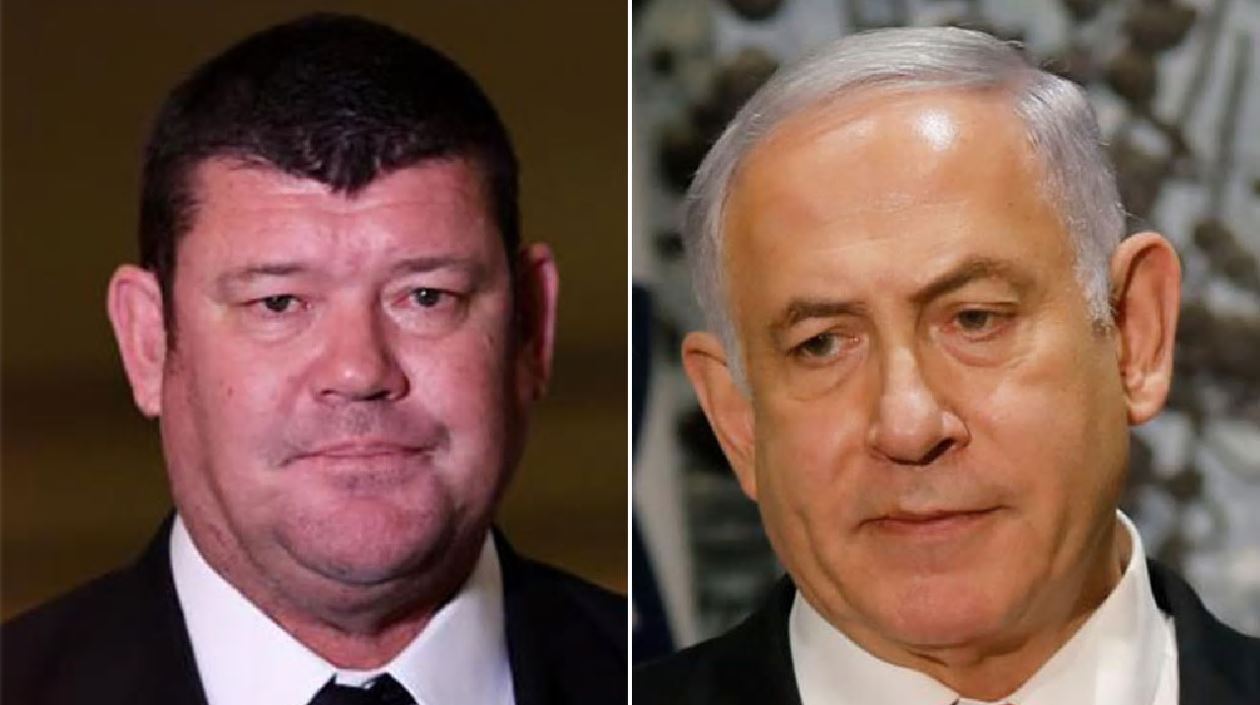 Has a more extraordinary sentence ever been written about an Australian business person?

Bibi’s saving of one of Australia’s richest sons is the latest stunning revelation from “Case 1000”, the high stakes investigation into Netanyahu’s proclivity for accepting gifts from rich associates, including Packer and fellow casino billionaire Sheldon Adelson.

Netanyahu insists the gifts were expressions of friendship and nothing more.

The new antipodean-themed scoopette comes ahead of a pre-indictment hearing into the saga and as Likud leader Netanyahu attempts to form a government after another inconclusive Israeli election.

According to Israeli billionaire – and Hollywood producer – Arnon Milchan, Bibi was pivotal in getting Packer to come to Israel in 2016 after his relationship with the popstar Carey came to a sudden end, less than a year after they were engaged.

“I asked Bibi to pick up a phone and call Jimmy to save his life,” Milchan told the Israeli police when he was interviewed over his role in the saga, reports Haaretz.

“I and other people were worried; we thought that if we didn’t act quickly, his life would be in danger. Bibi was the only one who managed to convince him to come to Israel. I think that saved his life,” Harretz reports Milchan as saying.

Read the article by Will Glasgow in The Australian.

[The Australian has also published a piece by Will Glasgow together with Christine Lacy about the relationship between Alex Waislitz and Rebekah Behbahani].