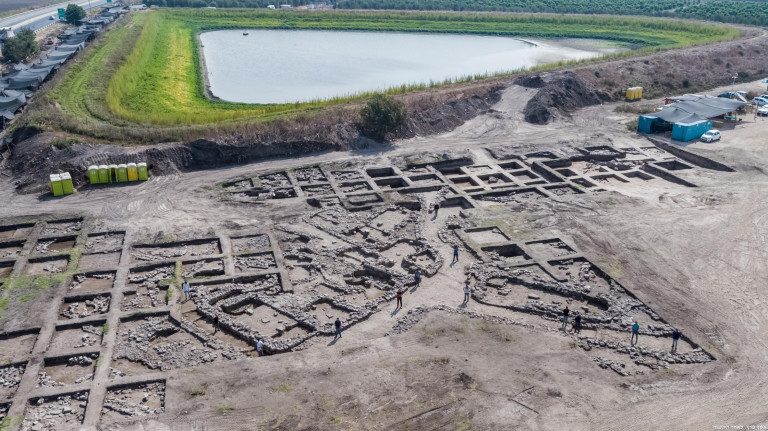 Archaeologists working in northern Israel have discovered the remnants of an Early Bronze Age city that boasted some 6,000 inhabitants, in a find that’s dramatically altering conceptions of the region’s ancient past.

The lost city, found during the construction of a new highway interchange, is located near the Israeli city of Harish in the Haifa area. The Israel Antiquities Authority (IAA) led the excavations, which required 2.5 years of work and the assistance of nearly 5,000 Jewish and Arab teenagers and volunteers taking part in IAA’s Sharing Heritage Project, according to a press release from the IAA.

With a population somewhere between 5,000 and 6,000 people, the 5,000-year-old Early Bronze Age city, called En Esur, is rebooting archaeologists’ ideas of urbanisation in Israel at the end of the 4th millennium BCE. The city featured surprisingly modern amenities, such as planned roads (including streets and alleyways), residential and public areas (including an intriguing temple), and defensive fortifications.

The city measured around 65 hectares in size, which is twice the size of similar finds, according to the BBC.

“This is a huge city — a megalopolis in relation to the Early Bronze Age, where thousands of inhabitants, who made their living from agriculture, lived and traded with different regions and even with different cultures and kingdoms in the area,” said IAA archaeologists Yitzhak Paz, Itai Elad, and Dina Shalem, all co-directors of the excavation, in the press release.

Read the article by George Dvorsky on Gizmodo.