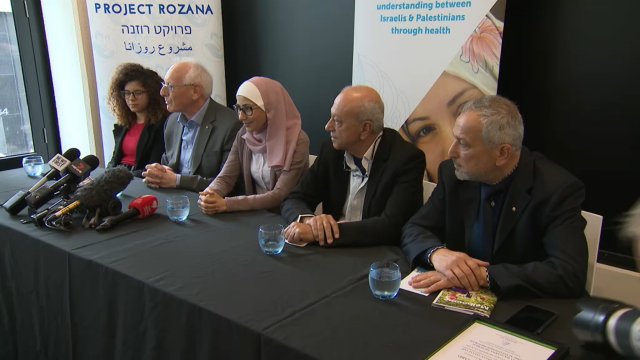 On his first trip to Australia earlier this year, in the immediate aftermath of his daughter’s murder, Saeed Maasarwe called for “more peace”. Now, he has returned to launch a fellowship established in her name.

The last time Saeed Maasarwe was in Australia, it was to collect the body of his 21-year-old daughter, Aiia. Speaking to crowds who had gathered to mourn the international student’s murder in Melbourne, he called for “more peace, more safety, more beauty, more smil[ing] and more forgiv[ing]”.

Almost a year later, the Palestinian-Israeli citizen has returned to Melbourne to spread the message of peace in his daughter’s memory.

The Aiia Maasarwe Memorial Medical Fellowship Program will provide financial support to Palestinian doctors working and training in Israel and will be administered through Program Rozana, an Australian initiative aimed at improving healthcare in Gaza and the West Bank.

Read the article and watch the report from SBS TV News.