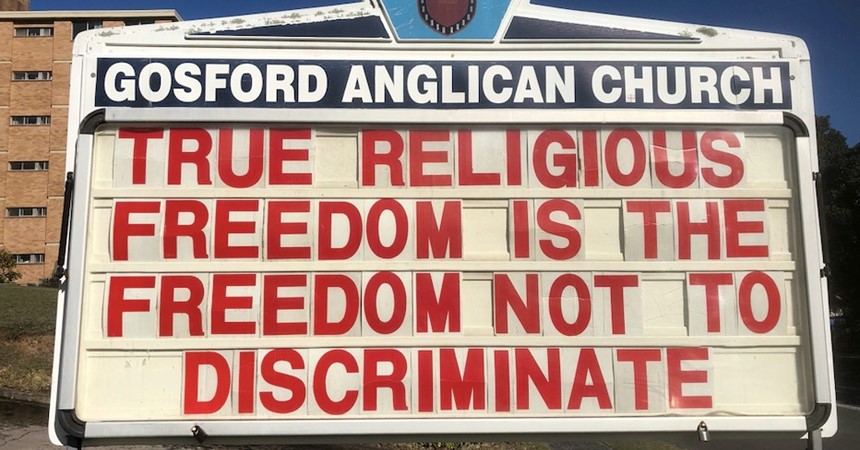 The Morrison government’s controversial proposed religious freedom laws appear on the surface to be straightforward. The bill aims to protect a person from charges of discrimination when making a statement of belief.

A statement of belief is defined as being of a religious  nature,  expressed in good faith and of a view that “may reasonably be regarded as being in accordance with the doctrines, tenets, beliefs or teachings” of the religion. (It can also be a statement of atheism.)

So far, however, a compromise has been unachievable. The response to the draft bill has been critical from all sides.

Churches want the protections to go much further, while LGBTQI groups believe the new laws will lead to more discrimination.

The government maintains it is still consulting widely on the issues raised and debate on the final make-up of the bill is welcome.

Last month, the Newcastle Institute, a not-for-profit organisation established to increase the involvement of the Newcastle community in the discussion and development of public policy, hosted Father Rod Bower, from the Anglican Parish of Gosford. Fr Bower, an Anglican priest and Archdeacon for Justice Ministries in the Anglican Diocese of Newcastle, discussed whether more protection for religious freedom is needed.

He is particularly well known for the thought-provoking signs he erects outside his church at Gosford, often on social issues such as asylum seekers or marriage equality.

An edited version of his speech discussing the issues around the draft religious freedom bill and whether there is a case for strengthening existing laws has been published below with permission.

Read the article by Todd Dagwell in mnnews.today