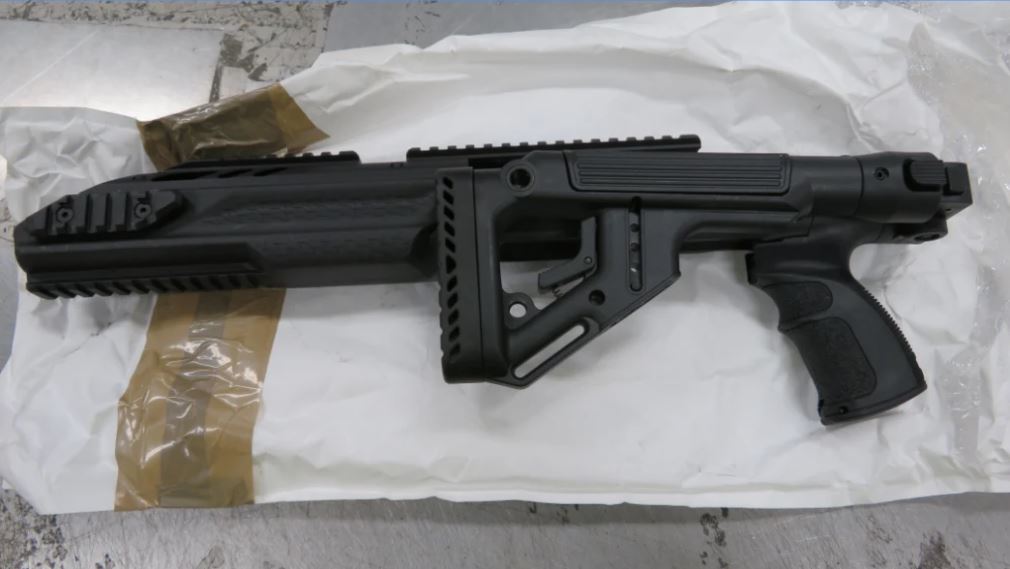 A package sent from the Middle East and intercepted at an eastern states packing facility has resulted in the arrest of a man in WA’s South West.

Australian Border Force officials began an investigation in September after an examination of an air parcel sent from Israel allegedly uncovered a rifle chassis – a prohibited item in Australia.

The investigation eventually brought them to the door of a 33-year-old man in Collie, where they allegedly uncovered a secret compartment hidden behind the stove in the man’s kitchen.

ABF Regional Investigations and Bunbury detectives allegedly found a semi-automatic shotgun, a Silencer, a butterfly knife, telescopic baton and a raft of other prohibited weapons all hidden in the compartment.

Investigations revealed the man did not have a Firearms Licence despite possessing half-a-dozen guns, and he was arrested and charged by WA Police.

ABF WA superintendent of investigations Clinton Sims said the arrest was made under the umbrella of Operation Athena, an initiative currently underway targeting drug trafficking and the use of illicit firearms throughout Australia.

Read the article in WAToday.