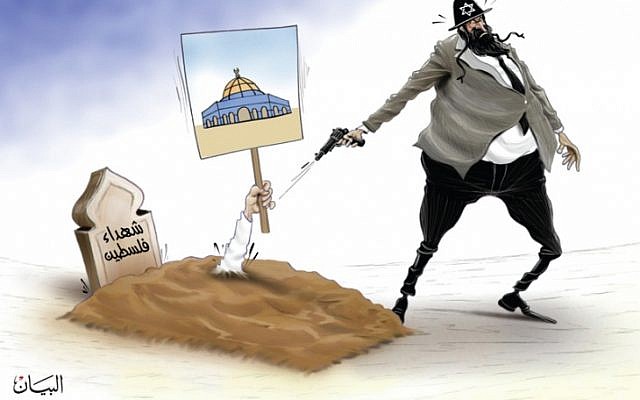 Australia was recently shaken to learn of the horrifying news of two blatantly antisemitic incidents within Melbourne’s public schools. One involved a Jewish boy forced to kiss the feet of a Muslim boy. Another involved a young boy humilated by bullies about his circumcision. In connection to one of those  stories, according to the Age newspaper, charges were recently laid by Victorian police.

But away from these or any other specific cases, where can such hatred by children possibly come from? Often, abusive children absorb hate of others from their closest relatives, friends and family and, unfortunately, from the media.

Shamefully, Australian media in Arabic regularly includes voices spreading overt antisemitism,  alongside a dosage of the modern form of antisemitism – anti-Israel fabrications. Despite this being an open  secret, it seems that no effective action has been taken so far to remove this offensive content.

Examining such content in our Arabic media, the pattern which emerges is clear. It consists of re- hashing classic antisemitic tropes about Jews possessing mythical powers and endless wealth and deviously manipulating or controlling governments behind the scenes (as they demonically conspire to  achieve world domination, of course).

A prime example of this sort of material is the output of one columnist (who is an enthusiastic fan of conspiracy theories, specifically anti-Israel ones) who writes for the respected El-Telegraph newspaper,
considered one of the leading Australian media outlets in Arabic, edited by an OAM recipient. For several years now, this columnist has been channeling anti-Jewish fantasies, such as claiming that
Israel has created and now operates the Islamic State from the shadows, or that Jerusalem and Teheran are conspiring together to take over the Middle East as part of the ‘Elders of Zion’ plan, supposedly
devised by the Rothschild family to achieve Jewish world domination.

Read the article by Ran Porat in The Spectator.