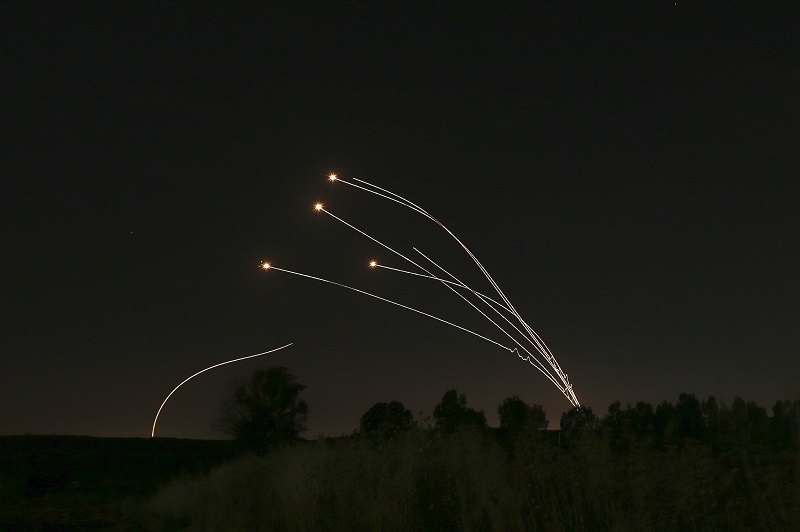 The Israeli military said it intercepted four incoming rockets from Syria on Tuesday and explosions were heard shortly after that in Damascus, a week after another Israeli strike targeted a top Palestinian militant in the Syrian capital.

Israeli air defence systems captured the projectiles, the military said, and no harm was caused to ­Israeli communities in the Golan Heights after warning sirens awoke residents early in the morning.

There was no official comment from Syria but the SANA state news agency reported explosions were heard near Damascus International Airport, indicating a ­possible Israeli retaliatory strike.

The rare rocket fire comes a week after an Israeli airstrike against a top Palestinian militant based in Syria. Akram al-Ajouri, a member of the leadership of ­Islamic Jihad, who is living in exile, survived the attack but his son and granddaughter were killed.

Israel frequently strikes Iranian interests in Syria, but last week’s airstrike appeared to be a rare ­assassination attempt of a Palestinian militant in the Syrian capital. It came the same day as another Israeli airstrike killed a senior Islamic Jihad commander in Gaza, settling off the fiercest round of fighting there in years.

[ Compare to article in The Canberra Times – note the word tweaking ]