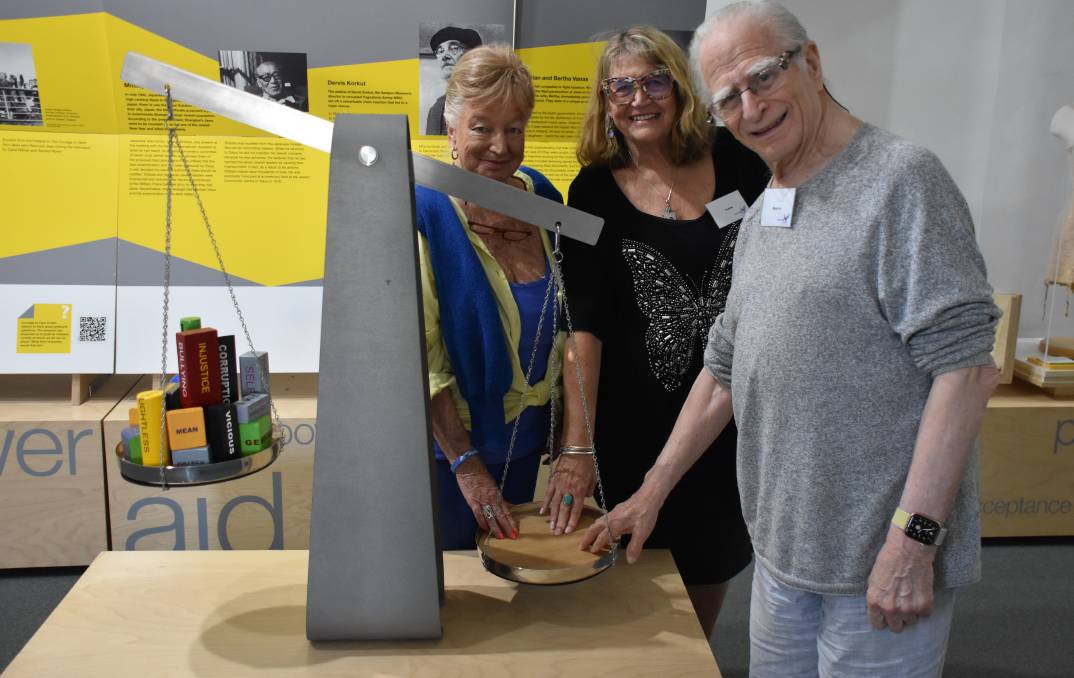 If it wasn’t for the help of some extremely brave people, who had the courage to stand up and do good in the face of grave danger, Holocaust survivors Maurice Linker and Eva Engel believe they wouldn’t be here today.

That’s the message the pair, along with a band of dedicated volunteers and other Holocaust survivors have been sharing with Moree school children and groups who have visited the Courage to Care exhibition, currently on show at Bank Art Museum Moree (BAMM).

Maurice was born in Romania in 1930 and enjoyed a normal, happy childhood with his parents, sister, large extended family and lots of friends until 1940 when the Soviet Union took over his city, Cernauti.

The Germans took the city in 1941 and wreaked havoc, particularly on the Jewish, who made up half of the city’s population.

“They came in and I saw my beautiful synagogue in flames. The rabbi was shot with a hundred other Jews,” Maurice said.

The Nazis forced all Jewish people to wear a distinguishing yellow star and crammed 50,000 Jews into a ghetto made for only 5,000 people – “it was bedlam; people were everywhere,” Maurice said.

Jewish people could only go out at certain times of the day, “which meant we could not buy food because the markets were shut by the time we were allowed out”, and Jewish children were not allowed to go to school or be educated, so Maurice didn’t go to school for three and a half years.

Read the article by Sophie Harris in the Moree Champion.