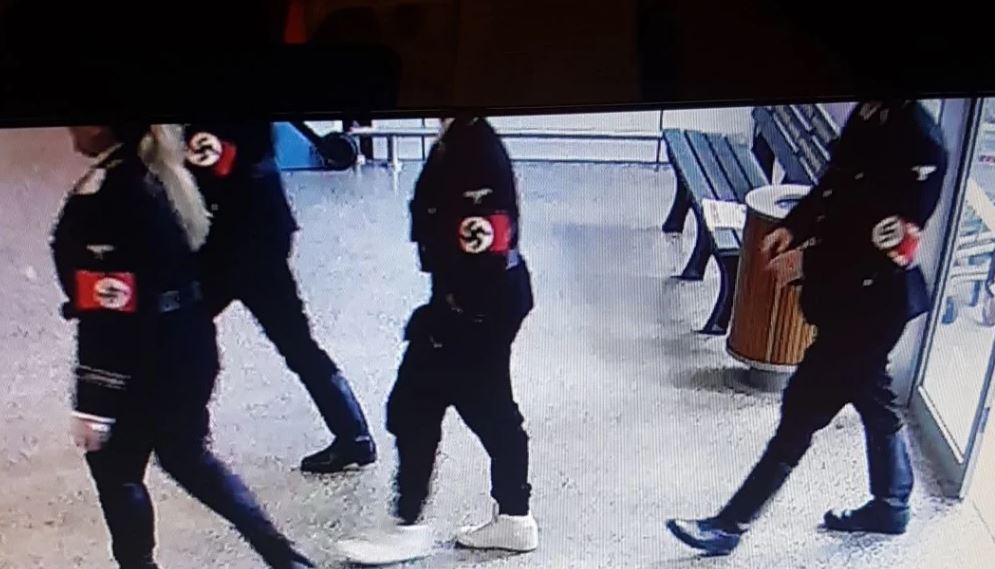 Shoppers at a Victorian supermarket were stunned when four people dressed in Nazi uniforms entered the store – an incident that highlights the increasing use of Nazi symbols in Australia, according to Jewish community leaders.

Craig MacKenzie said he saw two men and two women, who all looked about 20 years old, enter a Coles outlet in Woodend, an hour north of Melbourne, shortly after midday on Saturday, October 26. A photograph obtained by The Sunday Age and The Sun-Herald shows the group wearing uniforms that included swastika armbands and the imperial eagle.

Mr MacKenzie said he believed the group was heading to a party and the people involved did not necessarily identify as right-wing extremists or white supremacists.

“Once in the supermarket, I said to them that they were being highly disrespectful and had no idea what their uniforms meant,” he said. “The blokes told me that it was ‘only a joke’ and to f— off. I persisted, saying that there could be people here who went through World War II and the Holocaust. They laughed it off and told me to f— off again.”

Mr MacKenzie said other shoppers, many of whom were elderly, were visibly intimidated by the display.

Read the article by Michael Koziol in The Age.