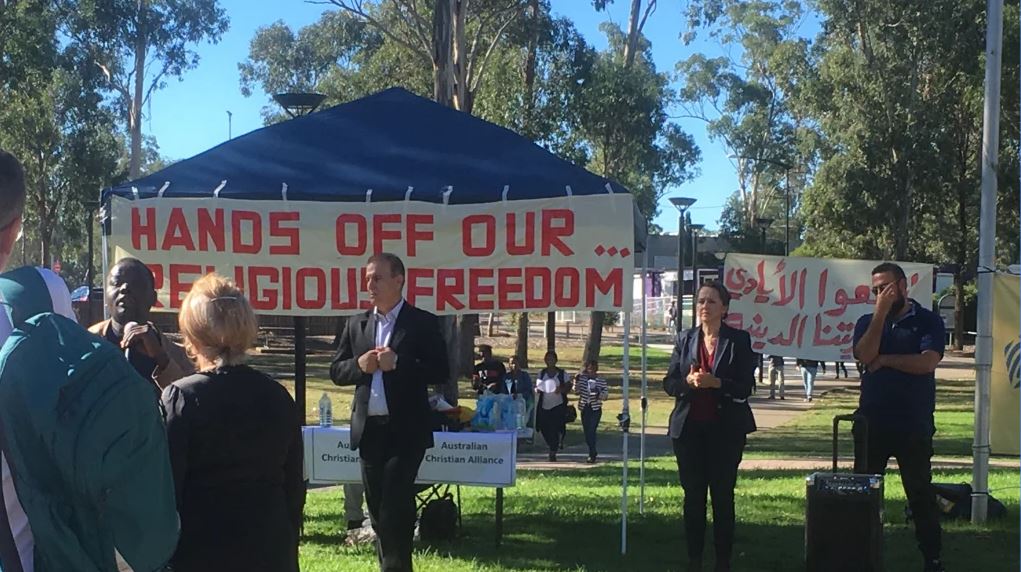 ‘No one wants to be the next Folau’: Christians, Muslims and Jews join to champion religious freedom

A conservative Christian group that targeted “godless” Labor seats in the federal election has joined with Muslim, Jewish and Scientologist groups to ensure no one “becomes the next Israel Folau”.

The Australian Christian Alliance will hold its first religious freedom forum in western Sydney on Saturday, with key note speakers including NSW Labor MPs and One Nation’s Mark Latham

The group’s president, Con Kafataris, said a range of religious groups had come together because “no one wants to be the next Israel Folau”.

“No one wants to be sacked for quoting their scriptures,” Dr Kafataris said.

The forum follows the alliance’s campaign during the federal election, where it worked with Muslims in Labor-held seats to “stop the godless from making sweeping changes” to religious freedoms.

Dr Kafataris said he expected hundreds of people to turn up to the forum in Fairfield, and he had been told many groups would be represented, including Scientologists and Mandaeans.

He said large faith groups such as Catholics would also stand beside Muslims and Jews to push for religious freedom.

“This forum is not about what divides us, but what unites us,” Dr Kafataris said.

Dr Kafataris and another of the group’s founders Vic Meli held rallies before the federal election targeting Labor seats that had a high no vote in the same-sex marriage survey.

Read the article by Alexandra Smith in The Sydney Morning Herald.