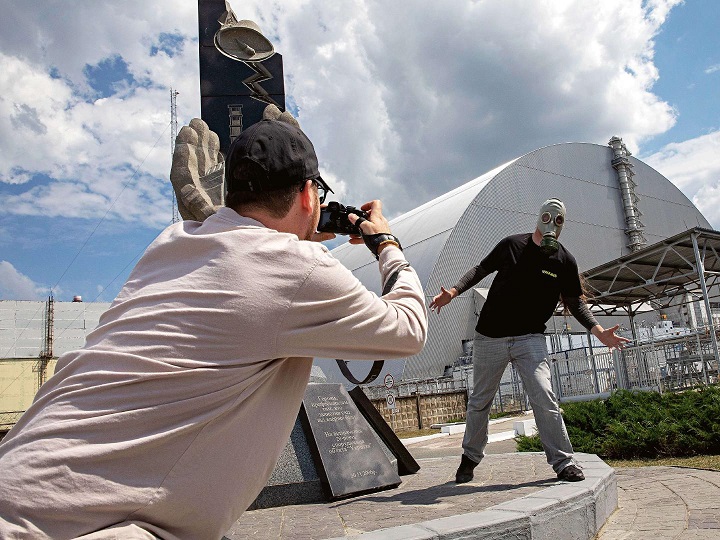 What’s wrong with this picture?

A young girl with an Israeli flag draped around her shoulders is being comforted by her teacher. Like her classmates crouched on the ground with their heads in their hands weeping, she is clearly distressed. They’ve just passed a lone wooden cattle car, hauntingly ­frozen in time on the railway track from the main gate of Auschwitz-Birkenau to its gas chambers and crematoria. At this exact spot, this tiny airless boxcar, and many others like it, delivered about a million Jews to their deaths during World War II.

As the students compose themselves and gather the strength to keep inching through the harrowing Holocaust memorial, the next tour group arrives. A couple poses for a selfie with the cattle car in the background, but the picture doesn’t seem to capture their holiday mood, so the girl climbs onto its ageing frame for a better shot. The morning sun catches her pink hair as she poses. First, a hand on hip, a crop-top exposing her tanned belly, followed by a knee cocked up on the step of the wooden box car to ensure her ­cut-off denim shorts are in frame. Then she rests her head longingly on the sliding wooden door that once sealed the fate of the carriage’s human cargo. Click, pout, click: her boyfriend snaps away furiously. They check the images together and with a nod of approval they’re uploaded into the Insta-sphere, to be liked, loved and shared.