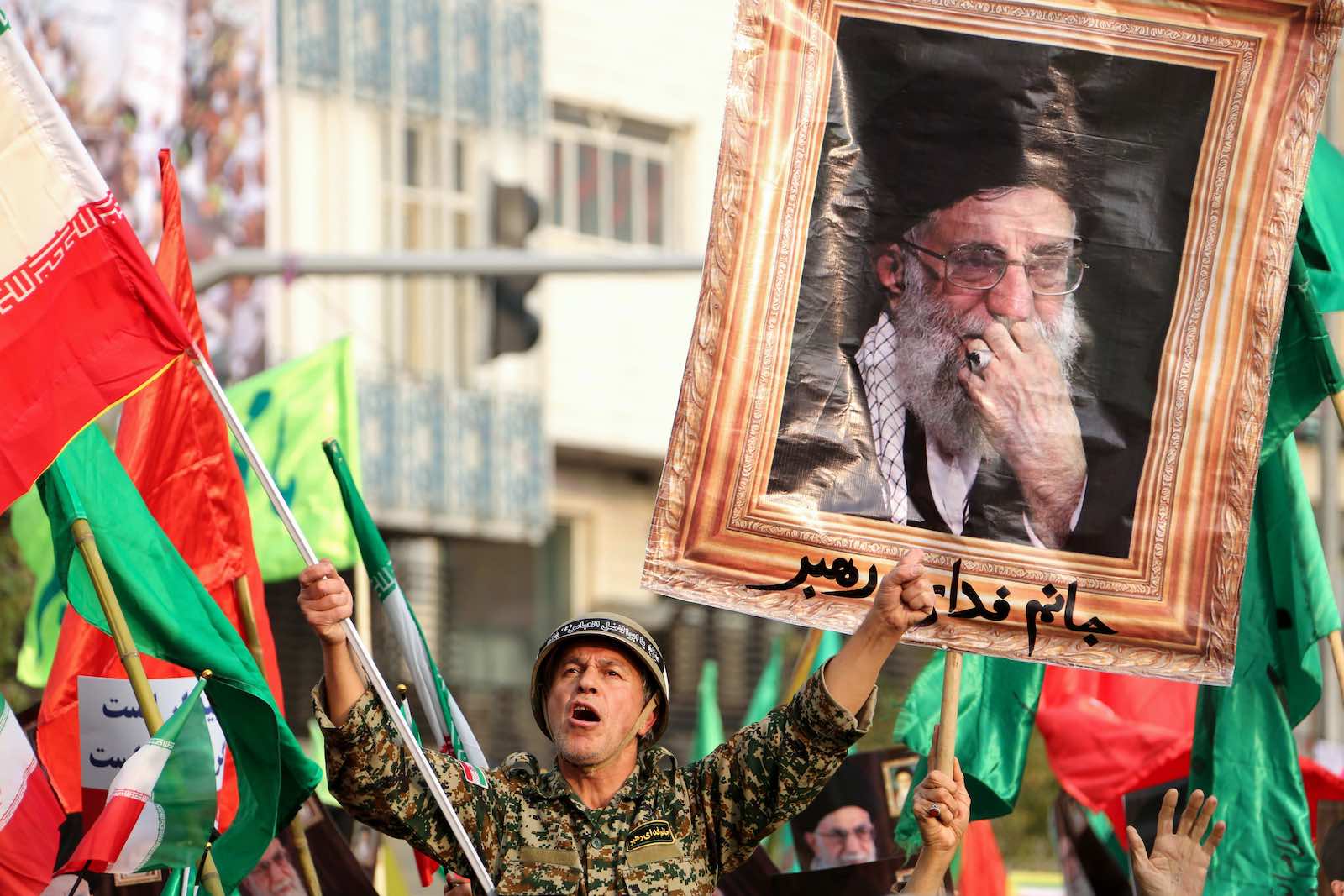 TOPSHOT - A man dressed in a military uniform chants slogans as Iranian pro-government demonstrators raise national flags and a picture of the Islamic republic's supreme leader, Ayatollah Ali Khamenei, during a rally in the capital Tehran's central Enghelab Square on November 25, 2019, to condemn days of "rioting" that Iran blames on its foreign foes. - In a shock announcement 10 days ago, Iran had raised the price of petrol by up to 200 percent, triggering nationwide protests in a country whose economy has been battered by US sanctions. (Photo by ATTA KENARE / AFP) (Photo by ATTA KENARE/AFP via Getty Images)

From the burning of Iranian diplomatic outposts as part of massive months-long protests in Iraq, to slogans admonishing Iranian interference as part of anti-sectarian demonstrations in Lebanon, along with deadly rallies across cities at home in Iran, it’s been a bad month for the regime in Tehran.

It’s tempting to suggest events in the region point to the Iranian regime’s power being put to the test. The sophisticated state-imposed five-day internet blackout, designed to stop protesters from organising and mobilising, as well rendering the true scale of the violence and death toll unknown to the outside world, has also been seen as indicative that the regime is rattled. Washington was quick to suggest the protest movement is proof that its maximum pressure sanctions campaign is working to turn Iranians against their government.

Both interpretations are partially right, but also misleading in important ways.

Firstly, the current protest movements in all three countries – Iran, Lebanon, and Iraq – are nationalistic in nature and born primarily from economic, not ideological reasons.

In Iraq, it is significant that the torching of the Iranian consulate occurred in the Shiite holy city of Najaf, and surprising that protesters there have come from mostly majority Shiite bases. Protesters in both Iraq and Lebanon have directed their anger at Iran and its proxy and spiritual leaders, including Hezbollah’s Hassan Nasrallah. And the alignment of religious and spiritual Shiite leader Grand Ayatollah Ali al-Sistani with the protest movement in Iraq also presents a challenge for Iran.

Read the article by Lauren Williams on The Interpreter.