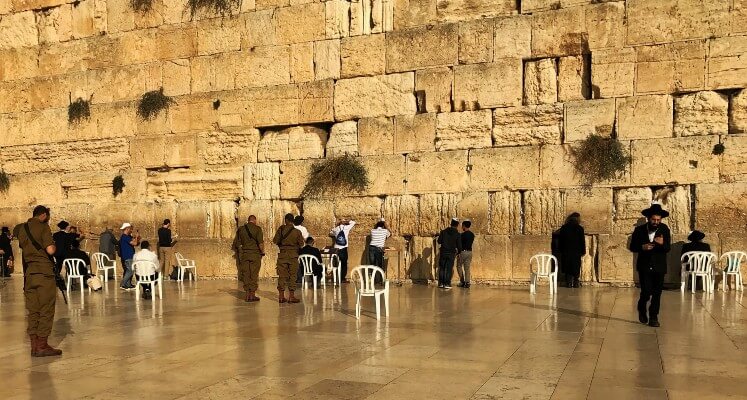 Credit to Erwin Renaldi, a journalist at the Australian ABC’s Asia Pacific Newsroom, who wrote about his experience visiting Jerusalem.

Being a Muslim Indonesian and an intrepid traveller, I’d visited Mecca and Medina in neighbouring Saudi Arabia many times, but never made it west to Jerusalem despite it being on my bucket list for years.

Part of this was due to travel limitations and finances, but also due to fears about security being a journalist in addition to the fact that — while not necessarily hostile to each other — Israel and Indonesia have no formal diplomatic ties to this day.

There is no better way to dispel some of the fears and misunderstandings surrounding Israel than visiting and seeing the country for yourself.  While describing some of the complications and security procedures he went through getting a visa and entering Israel as a citizen of a country that has no official relations, Renaldi writes in a fair and non-judgmental way. It is clear that his experience of Israel and particularly Jerusalem is an overwhelmingly positive one.

That’s why there is no reason to believe that a number of factual errors in his piece were made in bad faith.

And since a security crackdown by the Israeli Government in 2017, Muslims living in the Old City are only able to enter or pray at the mosque on Fridays and Islamic holidays.

Restrictions are also in place for non-Muslims, who are only allowed to enter the compound during certain times of the day determined by the Israeli Government.

So passing by all the guards stopping various people, with the knowledge and images of recent tensions in the air despite all the protocols and recent violence during my visit, there were no metal detectors or barriers in sight, and we pretty much walked straight in no questions asked.

Once inside it was serene and security free, but I also felt a little uncomfortable by the fact that an Indonesian Muslim could waltz right in and take a photo like the one below, while people that lived down the road for years could not.

Read the article by Simon Plosker at Honest Reporting.