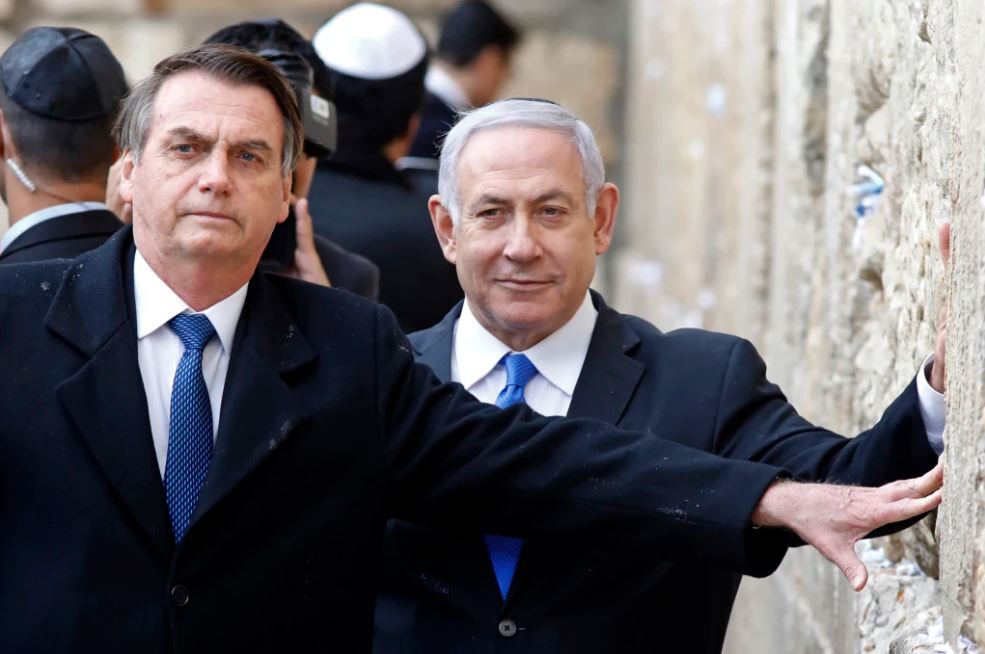 Jerusalem: Israeli Prime Minister Benjamin Netanyahu said on Sunday he has been given assurances by the son of Brazil’s president that Brazil will follow the United States and move its embassy to Jerusalem next year.

Brazilian President Jair Bolsonaro has signalled before he intends to move his country’s embassy in Israel to Jerusalem from Tel Aviv, but senior officials later backtracked for fear of damaging trade ties with Arab countries.

Brazil did, however, open a trade mission to Israel in Jerusalem this year.

Bolsonaro’s son, lawmaker Eduardo Bolsonaro, told the new trade mission that, prior to travelling, his father, “told me that for sure, as a commitment, he’s going to move the embassy to Jerusalem.”

He did not give a date.

Netanyahu later issued a statement saying he met with Eduardo Bolsonaro, who told him they had “committed to move Brazil’s embassy to Jerusalem in 2020.”

Read the article by Ari Rabinovitch in The Sydney Morning Herald.