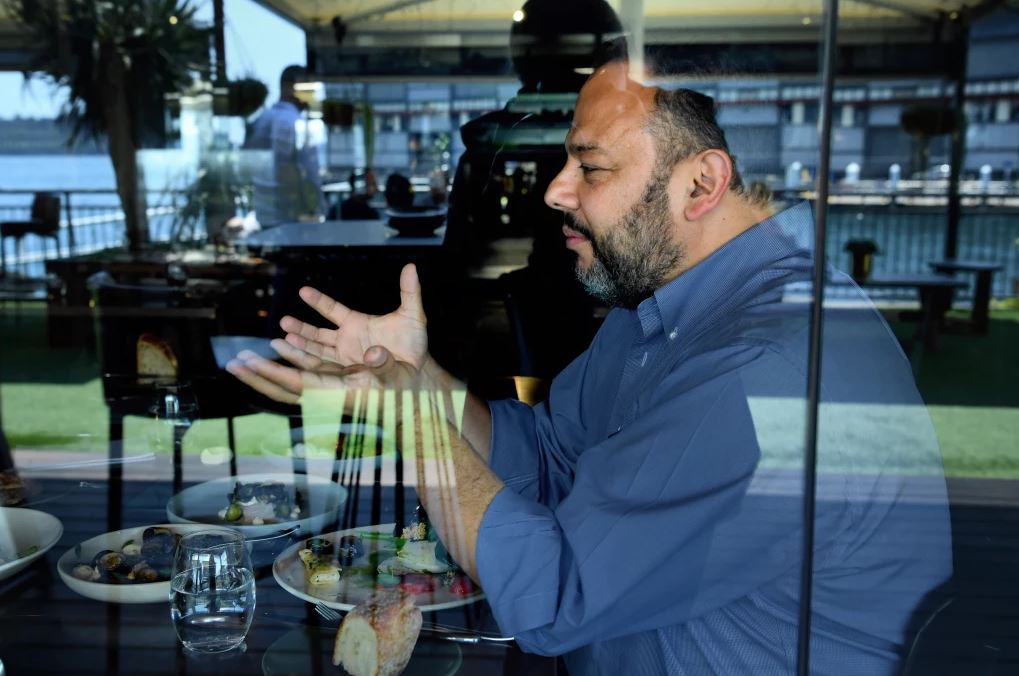 Lunch with peace negotiator Tal Becker, an Australian on the frontline

Ever since he graduated from Monash University nearly 30 years ago Dr Tal Becker has spent his life alongside lawyers and soldiers, diplomats and politicians, activists and experts, locked in negotiations over how peace between Israel and Palestine might be secured; over how both peoples might achieve and maintain dignity and security side by side on the ancient strip of land that has bound them together.

In this line of work, Becker explains reasonably enough, words matter, and his job can be complicated if his off-the-cuff commentary on world affairs can be Googled at whim. As a result he rarely gives on-the-record interviews.

But on this occasion Becker’s hosts for a brief speaking-tour in Australia, the Australia/Israel and Jewish Affairs Council, agreed to the interview while he was in the air en route – and Becker is too polite to break the arrangement.

And so as a waiter organises drinks and a photographer paces around us exploring light and shade and angles, we hammer out an arrangement. He won’t talk about specific individuals on-the-record. I’ll let him see direct quotes in context prior to publication. He can request changes. I won’t guarantee to make them.

And then we sit under Sydney’s poisoned December sky at The Gantry Restaurant at Pier One as Christmas party season kicks off around us and talk about how a Melbourne boy found himself inside one of the world’s most intractable conflicts, and how listening matters more than speaking and why it is important to win, but never by too much.

Read the article by Nick O’Malley in the Brisbane Times.