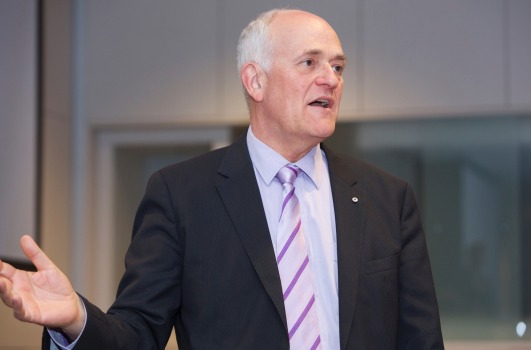 The country’s top Jewish body has warned draft religious freedom laws could restrict the power of religious hospitals, aged care facilities and housing providers to give preference to people of their own faith when admitting patients or choosing board members.

In the latest call for the laws to give more power to religious bodies, the Executive Council of Australian Jewry’s head, Peter Wertheim, said hospitals, aged care homes and accommodation providers should maintain the same rights as schools to decide exactly who can benefit from their services.

This stands in contrast to comments from the federal Attorney-General Christian Porter, who last month said that in reality religious hospitals and aged care homes “do not appear” to discriminate in service delivery and did not want to.

The second draft of the contentious bill gave religious health facilities the same power as religious schools to discriminate on the basis of religion when it comes to choosing staff. But Mr Wertheim said this should be extended to choosing board members, as well as service delivery to patients and clients.

For example, a Greek Orthodox aged care home should be able to preference people of that faith when admitting patients, he said, and a Jewish facility should have the same right to reject people of other faiths when selecting board members.

“The bill currently allows such institutions to give preference in employment, but not in service delivery, or for the purpose of meeting religious needs, but not linguistic or cultural needs,” Mr Wertheim said.

Read the article by Michael Koziol in WAToday.