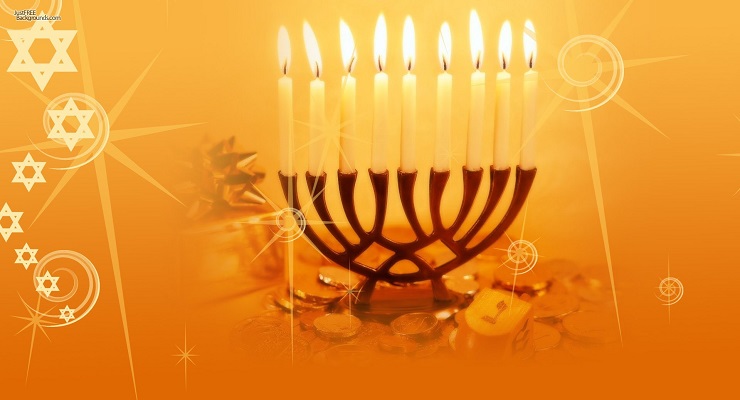 At sundown on Monday, lights will flicker in menorahs (candelabras) on windowsills, tables and mantelpieces throughout Israel and across much of the world. In Australia, the displays will be most noticeable in Jewish strongholds, such as Sydney’s eastern suburbs and Caulfield in Melbourne. The Jewish Festival of Lights or Hanukkah (from the Hebrew word for dedication), which began at sundown on December 22, concludes this evening. The eight-day observance, which sees an extra candle lit every evening at dusk, commemorates the rededication of the second Temple in Jerusalem after the Jewish people’s successful uprising against the Hellenist Syrian empire in the Maccabean rebellion, around 167 to 160BC. Gifts for children and festive dishes including latkes (potato pancakes) and sufganiyot (deep-fried jam doughnuts) are traditionally part of the celebrations. Such delicacies are a reminder of the “miracle of the oil’’, when a limited supply of oil, needed to burn the menorah when the Temple was dedicated, reportedly lasted for eight days, against all odds.

Hanukkah, and its small candles flickering bravely in the homes of the Jewish faithful, also celebrates the survival of Judaism. For good reason, Jews take pride in that endurance, sometimes against seemingly insurmountable odds, such as the slaughter of six million men, women and children in the Holocaust. The pogroms of imperial Russia and Stalinist persecutions also wrought murderous destruction.

Hanukkah, British Prime Minister Boris Johnson said in a forthright, upbeat message to mark the festival, “is a time to say to the world, ‘I am Jewish, and I am proud of it’ ’’. Anti-Semitism in Britain’s Labour ranks, and party leader Jeremy Corbyn’s failure to address it, was an ugly undertone of the recent election campaign. Online and on the streets, anti-Semites, Mr Johnson said, had been emboldened “to crawl out from under their rocks and begin, once again, to spread their brand of noxious hatred far and wide’’.