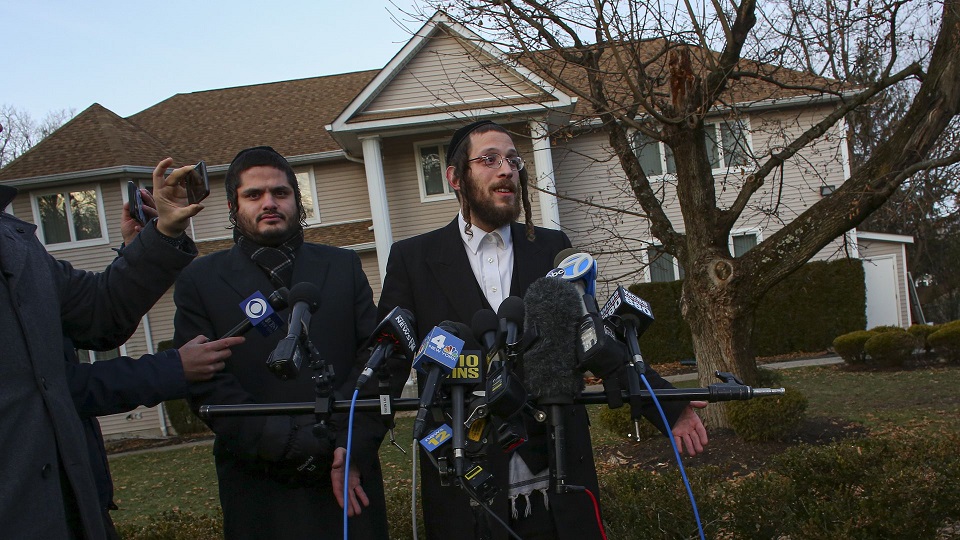 Monsey, New York: A man stabbed five people as they gathered at a rabbi’s home north of New York City to celebrate Hanukkah on Sunday.

A suspect had been taken to the Ramapo Police headquarters and will face five counts of attempted murder and one count of burglary, according to Police Chief Brad Weidel.

New York’s Governor Andrew Cuomo said the attack had been fuelled by intolerance and provided evidence of “cancer” in American politics.

The attack appeared to be the latest in a string targeting Jews in the region, including a massacre at a kosher grocery store in New Jersey earlier in December.

Police said the stabbings happened about 10pm on Saturday in Monsey, one of several Hudson Valley towns that have had a large influx of Hasidic Jews in recent years. Monsey is about an hour north of New York City.

Photos and videos posted on Twitter showed a large emergency response with paramedics running and pushing stretchers. A number of police and emergency vehicles could be seen in the images.

The Anti-Defamation League of New York and New Jersey said it was aware of the stabbings and was at the scene.

The Orthodox Jewish Public Affairs Council for the Hudson Valley region tweeted reports that the stabbings took place at the house of a Hasidic rabbi while they were celebrating the Jewish festival of Hanukkah.