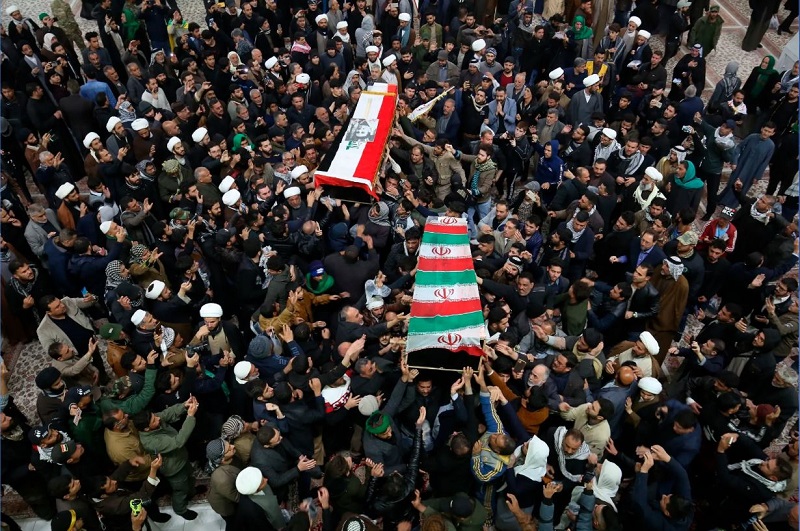 ‘We will take revenge’: Thousands flood Baghdad streets with grief and anger

Baghdad: The mourners came by the thousands on Saturday, flooding the streets of a city that is no stranger to violence. But this time, there was a different edge. The fear was more acute, the potential repercussions more ominous.

Iraq’s funeral procession for Major General Qasem Soleimani, the Iranian commander killed in a US airstrike on Friday, started early and lasted hours. Men in Baghdad wept openly near his coffin, and – like leaders in Iran – vowed revenge for his death.

The attack has shaken Iraq, sharpening long-standing fears that the country’s soil will become home, again, for a bloody shadow war between Washington and Tehran. For many caught in between, Baghdad now carries echoes of the uncertainties that preceded the 2003 US-led invasion.

Iraq’s powerful Shiite militias are aligned with Iran against US forces and, at times, against their Iraqi allies as well.

More than any other nation, Iraq has for years been the staging ground for tit-for-tat strikes between Iran and the United States. Other than Soleimani’s funeral procession, the streets of Baghdad were nearly deserted.

Iraqis stayed home, watched the news and prayed that, this time, they would be spared.

But the chants from the funeral cortege signalled looming confrontation.

“Death to America! Death to Israel!” mourners cried, following the bodies of Soleimani and Abu Mahdi al-Muhandis, a powerful Iraqi militia leader. “We will take our revenge!”

Read the article by Mustafa Salim, Louisa Loveluck and Kareem Fahim in The Age (from The Washington Post).