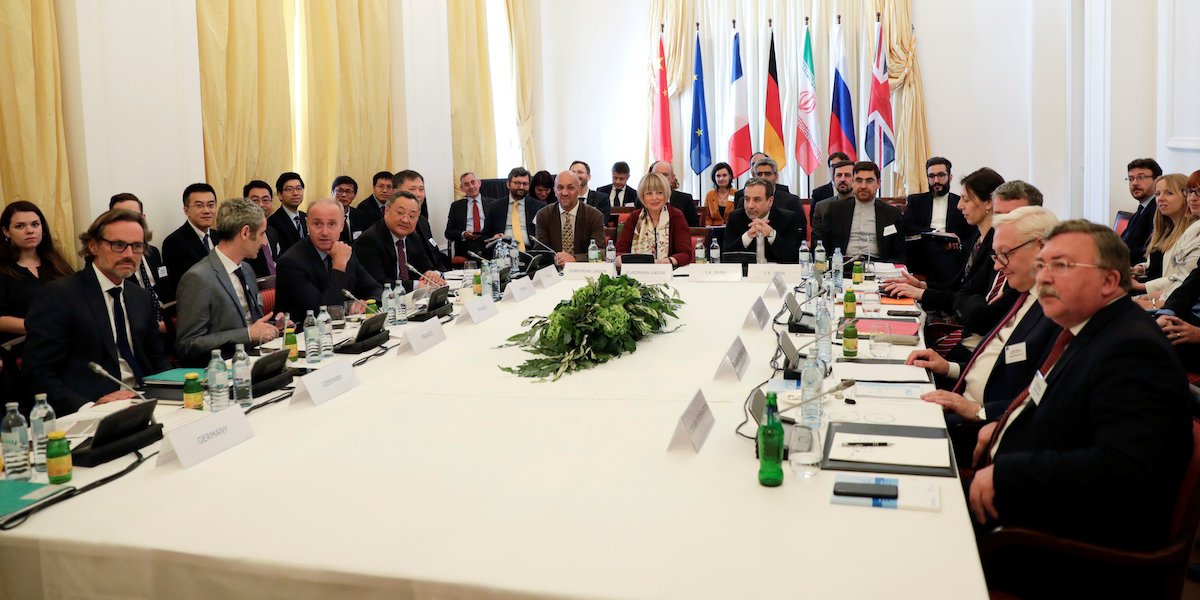 The Iran nuclear deal is on the brink of collapse as Britain, France, and Germany trigger a dispute mechanism to directly confront Iran

The UK, France, and Germany have officially triggered the dispute mechanism in the Iran nuclear deal while rejecting US President Donald Trump’s “maximum pressure” sanctions on the country.

The three countries negotiated the 2015 Joint Comprehensive Plan of Action with Iran alongside the US, China, and Russia.

The JCPOA was designed to stop Iran from producing its own nuclear weapons, and it set up a framework limiting the quantity and degree to which Iran was allowed to enrich uranium.

The three countries’ decision comes in response to Iran’s May announcement that it would stop meeting some of its commitments under the deal and full withdrawal from it earlier this month. European countries have attempted multiple times to salvage the deal, but Iran has refused to return to the agreement.

Read the article by Alexandra Ma in Business Insider Australia.