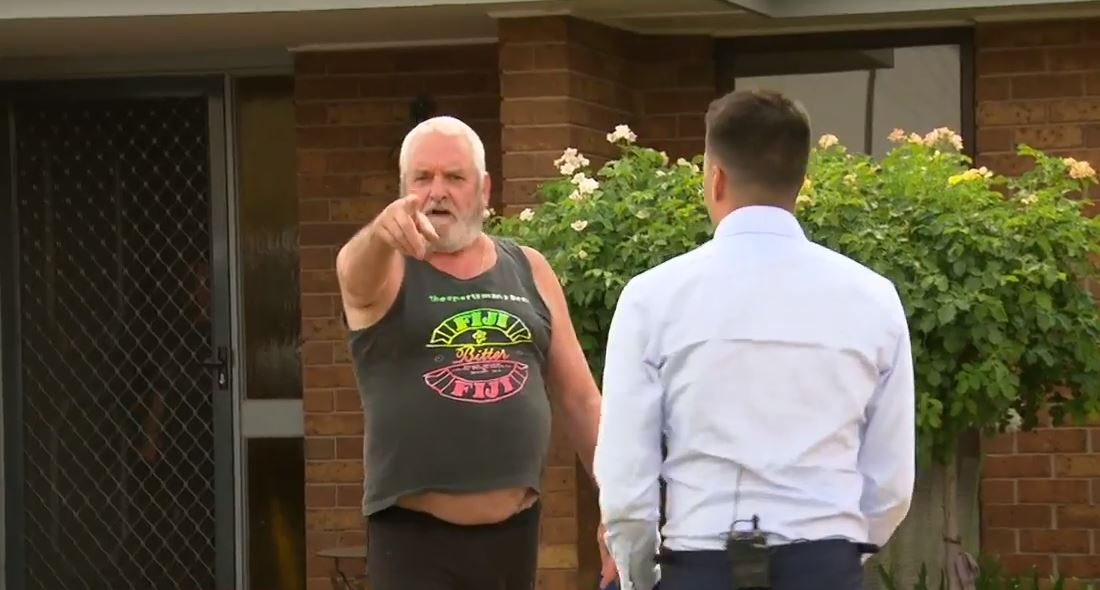 Residents in the tiny Victorian town of Beulah, four hours northwest of Melbourne, are fed up with a local couple who had refused to take down their Nazi flag.

The local man, known as Bill and his partner Cheryl, had refused to budge despite protests about the flag from neighbours, including one who lives across the road and who locals say is a Holocaust survivor.

“F***ing leave people the f*** alone,” Bill told A Current Affair as he marched towards the camera crew in his Fiji Bitter singlet.

“Nobody has come here and even said anything about the f***ing flag,” Bill said.

But neighbours told the program they have been complaining for some time.

“I swear to God I was going to jump his fence, pull that thing down and burn it in his driveway. Everyone’s furious about it,” a neighbour said.

The flag was taken down two days ago. When asked about the incident earlier this week, Victorian Premier Daniel Andrews urged the couple to take it down, labelling it “disgusting”.

Yarriambiack Shire Council chief executive Jessie Holmes told the ABC the council was powerless to take the flag down.

Read the article by Rohan Smith in the Herald Sun.