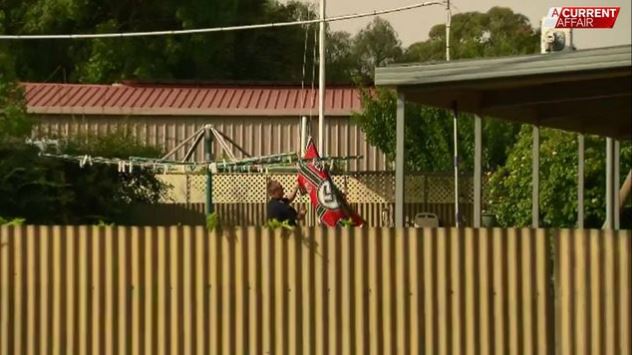 Jmedia Manager
Channel Nine
January 17, 2020 242
The man who sparked nationwide condemnation by flying a Nazi flag in his backyard has lashed out at A Current Affair.

The resident, only known as Bill, charged towards a TV crew when confronted at his home in Beulah, four hours’ drive from Melbourne.

It follows revelations the neo-Nazi’s neighbour is an 83-year-old Holocaust survivor, who has been left too terrified to leave his home after the flag went up.

“He’s still got the tattoo on his arm from being in a concentration camp,” his friend and Beulah local Terry Halmshaw told A Current Affair.

“His parents were gassed, he was next.”

Dr Dvir Abramovich, chairman of the Anti-Defamation Commission, said for a Holocaust survivor, seeing a Nazi flag was “as scary and frightening as being threatened with a gun”.

“We are living in very frightening and dangerous time,” he said of the emerging threat of white supremacy.

Mr Halmshaw said the flag, containing a swastika and other Nazi-related symbols, was “absolutely disgraceful”.

“Everybody’s furious about it,” he said.

“I was going to jump the fence, pull the thing down and burn it in his driveway.

“They’re flaunting it in the face of people who were in the concentration camps, it’s just disgraceful.”

Read the article by Sam Cucchiara on Channel 9 News.