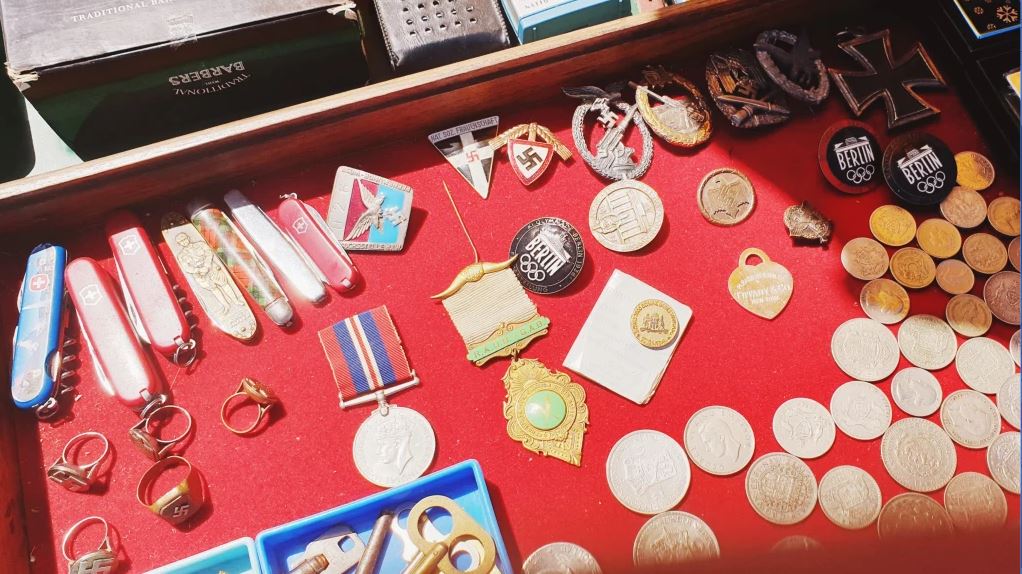 Nazi memorabilia for sale at Melbourne trash and treasure market

Swastika badges and rings being sold as war memorabilia at a Melbourne trash and treasure market has angered the Jewish community and reignited debate about banning the items.

It comes as residents of the small Victorian town of Beulah, where a couple had been flying a Nazi flag over their home this week, sparking outrage from the Premier, gathered for a peace rally on Saturday.

Anti-Defamation Commission chairman Dvir Abramovich visited the stall Wantirna Trash and Treasure market and saw the items for sale after being contacted by a concerned member of the public on December 29 last year.

A photo of the stall shows rings featuring swastikas and Iron Cross badges, as well as badges commemorating the Berlin Olympics, for sale alongside coins and Swiss army knives.

“The unprecedented spike in anti-Semitism in Australia over the last few years, and the tragedies at Christchurch, Pittsburgh and San Diego … should provoke some very serious soul-searching,” Dr Abramovich said.

“Imagine the profound pain a Holocaust survivor, or their children, would experience seeing this.”

According to the market’s website, items prohibited from sale include counterfeit goods, materials deemed objectionable by management and offensive items.

While no complaints had been made, he said, stalls would be checked.

Read the article by Erin Pearson and Ahsleigh McMillan in The Age.