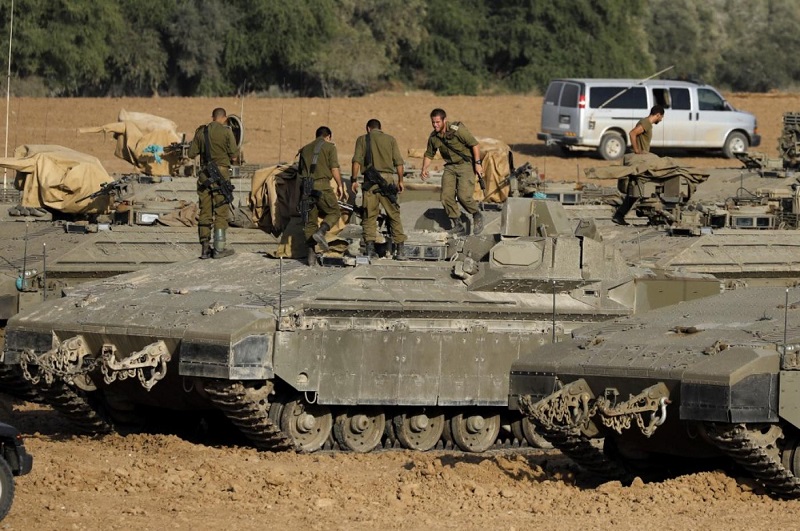 Jerusalem: Israeli troops on Tuesday shot and killed three Palestinians who threw an explosive towards them after attempting to cross the border from neighbouring Gaza, Israel’s military said.

The military said troops had cordoned off an area near the southern end of the Palestinian coastal enclave after spotting “three suspects” crossing the frontier.

“(They) searched the area towards the suspects who hurled a grenade or explosive device at the troops,” who then opened fire on the three Palestinians, the military said in a statement. A military spokeswoman confirmed they were killed.

Two of the Palestinians killed were aged 18 and the third aged 17, a police source in Gaza said. The source said they were civilians without militant affiliations in Gaza. He questioned Israel’s account that they threw explosives towards troops.

There was no immediate comment from Gaza’s Islamist rulers Hamas or other militant groups in the enclave.

Israel and Hamas have fought three wars in the last decade, in addition to dozens of other smaller skirmishes.

Tuesday’s fatalities were the first in cross-border fighting since a two-day surge in violence in November between Israel and the armed Gaza-based faction Islamic Jihad that left 34 Palestinians dead and dozens of Israelis injured.

Read the article by Rami Ayyub (Reuters) in The Sydney Morning Herald and WAToday.

[The headline of this article is in inappropriate and misleading because it suggests that the Israelis instigated a border attack when they were actually defending themselves from yet another violent Gaza border incursion.
My suggested correction: Israeli troops kill Palestinian attackers from Gaza]