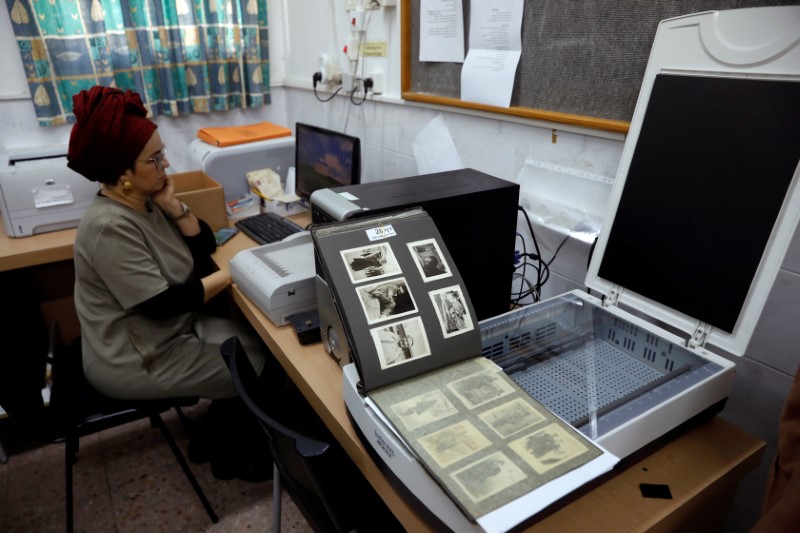 An employee demonstrates the scanning process of photographs during an interview with Reuters at the offices of Shem Olam Holocaust Memorial Centre in Kfar Haroeh, Israel January 14, 2020. Picture taken January 14, 2020. REUTERS/Ronen Zvulun

“Face to Face” project asks people via social media to send in pictures for scans.

An old photograph and modern face recognition technology could help two Israeli brothers find out how their father survived the Nazi Holocaust.

Seeking clues to the past, Eli and Saul Lieberman turned to an Israeli research centre, which hopes to match family pictures from around the time of World War Two with its database of tens of thousands of photos, many taken by German Wehrmacht soldiers.

Those German photos show the troops themselves as well as people in villages and towns with Jewish populations.

The Lieberman brothers know few details of the horrors their late father, Joseph, endured during the Holocaust, in which six million Jews were killed. A survivor of the Auschwitz death camp, he did not speak with them about his experiences.

But a photograph taken somewhere in Europe after the war shows their father together with two cousins, and Eli, 50, and Saul, 61, sent it to the Shem Olam centre in July. They are awaiting a match and clues about their family’s history.

Read the article by Rinat Harash on ITNews.