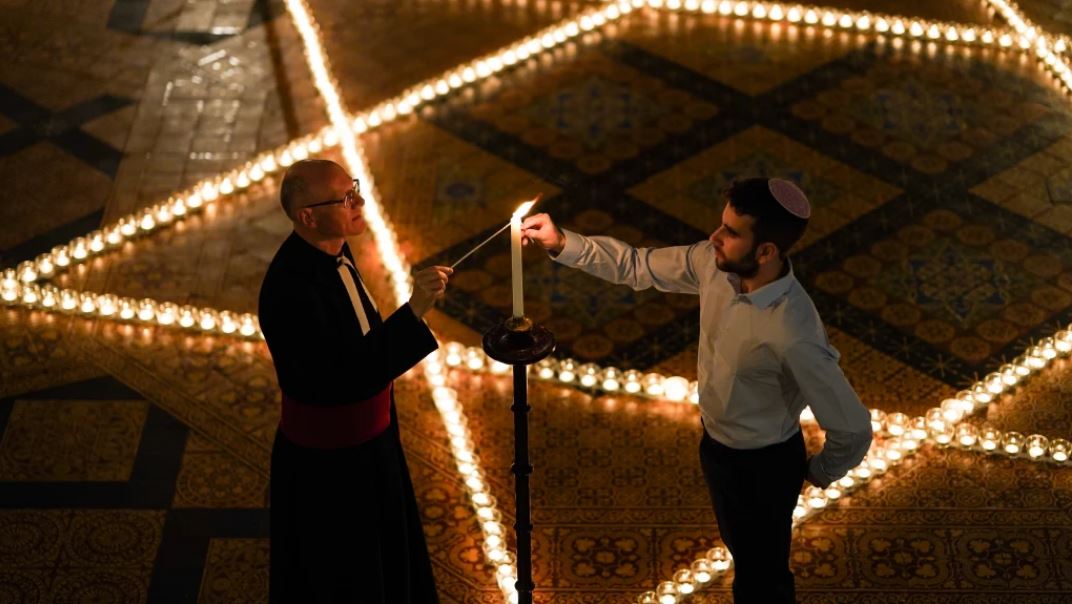 London: Governor-General David Hurley says Australia should have a national debate about whether to ban the swastika amid fresh warnings by world leaders of a steady reawakening of anti-Semitism across the globe.

“That symbol provokes, to those who know and understand it, a great fear, and it represents something that we found reprehensible enough to send our country to war to fight against,” the former defence force chief told The Sydney Morning Herald and The Age.

“Whether we ban things because they’re reprehensible … that’s an issue for us to discuss further. I think [a debate] would be a sensible thing to do.”

General Hurley, who joined world leaders in Israel this week ahead of the 75th anniversary of the liberation of the Auschwitz extermination camp, condemned the flying of a Nazi flag above a home in regional Victoria and said the country must remain “very, very wary” of any resurgence in anti-Semitic behaviour.

At the biggest gathering of dignitaries in Jerusalem for decades, Prince Charles, US Vice President Mike Pence, Russian President Vladimir Putin and others warned against rising anti-Semitism in Europe and America, while Prime Minister Scott Morrison has previously feared the same problem in Australia.

“A number of the leaders here … mentioned a growing number of incidents,” General Hurley said.

“If we don’t look out for the warning signs then we will pay a price.”

Read the article by Bevan Shields in The Sydney Morning Herald and the Brisbane Times.