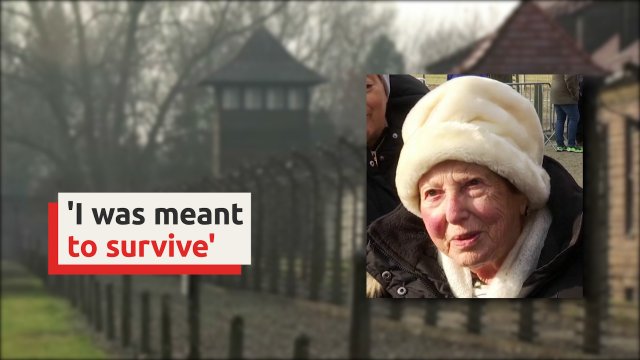 Australian Holocaust survivor Yvonne Engelman, now 92, has walked through the gates of Auschwitz ahead of the 75th anniversary of the Nazi concentration camp’s liberation.

Holocaust survivors, world leaders and dignitaries are gathering at Auschwitz to commemorate the 75th anniversary of the camp’s liberation – including 92-year-old Australian Holocaust survivor Yvonne Engelman.

Survivors from countries including Canada, the United States, Europe, Israel and Australia are at the Auschwitz Museum in Poland to mark the freeing of the Nazi extermination camp.

In 1945, soldiers of the 60th Army of the First Ukrainian Front entered the gates of the Auschwitz-Birkenau Concentration Camp in the south of what was Nazi-occupied Poland.

Close to 7,000 emaciated Jewish prisoners greeted the soldiers of the Red Army who liberated the Nazi regime’s  largest killing centre and concentration camp.

January 27th 2020 marks the 75th anniversary of that liberation.

Events are taking place at Birkenau – the largest camp at the Auschwitz complex – and in Jerusalem, where over 40 presidents and prime ministers, kings, princes and grand dukes will attend the Fifth World Holocaust Forum.

Walking between the barracks at Auschwitz, Australian Holocaust survivor Yvonne Engelman said it is a miracle that she lived.