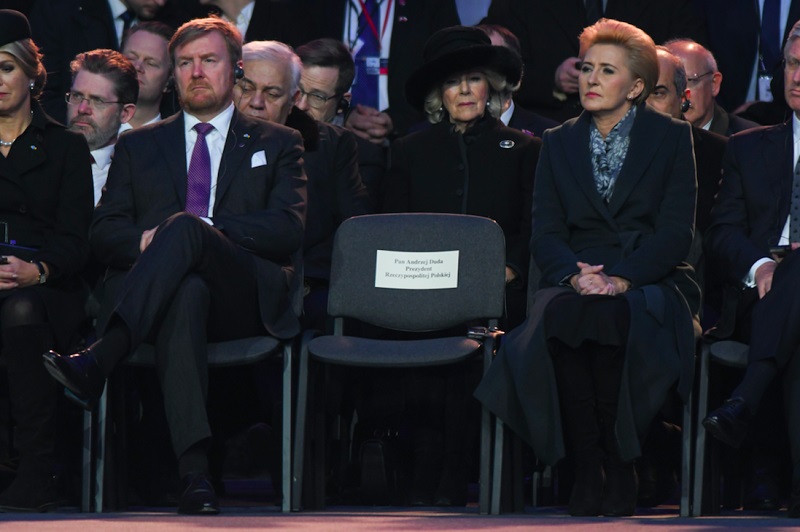 Camilla, the Duchess of Cornwall, has been photographed attending a service to mark the 75th anniversary of the liberation of Auschwitz in Poland on Monday.

The royal wife of Prince Charles joined the likes of Queen Letizia of Spain, Crown Princess Victoria of Sweden and Queen Maxima of The Netherlands at the service, where she walked 700m alongside the railway lines that brought prisoners to Auschwitz

The 72-year-old was snapped looking emotional as she wore all black to the service, which was also attended by Polish President Andrzej Duda and Polish First Lady Agata Kornhauser-Duda.

The post continued: “Around 200 Holocaust survivors from across the world joined world leaders at a service today to mark the 75th anniversary of the liberation of Auschwitz-Birkenau, the largest of the Nazi concentration and death camps.”

“On this day in 1945, the Soviet army entered Auschwitz-Birkenau and liberated thousands of prisoners. More than 1.1 million people died at the concentration camp, including nearly 1 million Jews.”

See the article in New Idea.