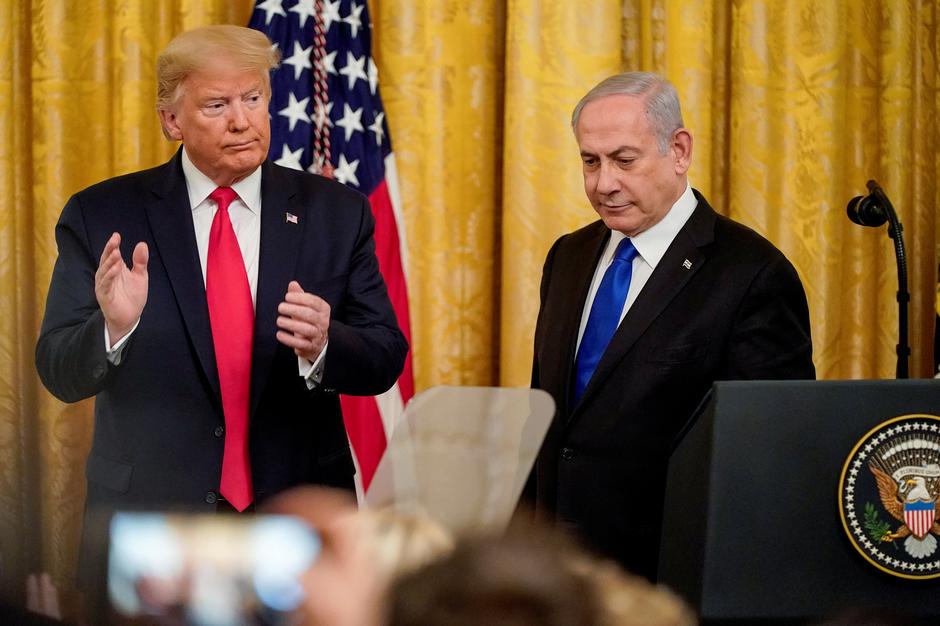 WASHINGTON  – U.S. President Donald Trump on Tuesday proposed creation of a Palestinian state with a capital in eastern Jerusalem, dependent on Palestinians taking steps to become self-governing, in an effort to achieve a peace breakthrough in their decades of conflict with Israel.

Senior administration officials, briefing Reuters on the plan the president announced at the White House, said that under Trump’s proposed Middle East peace plan the United States will recognize Israeli settlements on the occupied West Bank.

In exchange, Israel would agree to accept a four-year freeze on new settlement activity while Palestinian statehood is negotiated.

“Today, Israel has taken a giant step toward peace,” Trump said as he announced the plan at the White House with Israeli Prime Minister Benjamin Netanyahu at his side, saying he also sent a letter about it to Palestinian President Mahmoud Abbas.

“This is a historic day,” Netanyahu said, comparing Trump’s peace plan to former President Harry Truman’s 1948 recognition of the state of Israel. “On this day, you became the first world leader to recognize Israel’s sovereignty over areas in Judea and Samaria that are vital to our security and central to our heritage,” he added, using the Biblical names for the West Bank.

While Israeli leaders have welcomed Trump’s long-delayed plan, Palestinian leaders had rejected it even before its official release, saying his administration was biased towards Israel.

Israeli-Palestinian talks broke down in 2014, and it was far from clear that the Trump plan will resuscitate them.

U.S. officials said they were braced for initial Palestinian skepticism but hoped that over time they will agree to negotiate. The plan places high hurdles for the Palestinians to overcome to reach their long-sought goal of a state.

It remains to be seen also how Israel responds, given the pressures its right-wing prime minister, Netanyahu, faces going into his third attempt at re-election in less than a year.

Read the article by Steve Holland in the Australian Financial Review (from CNBC).