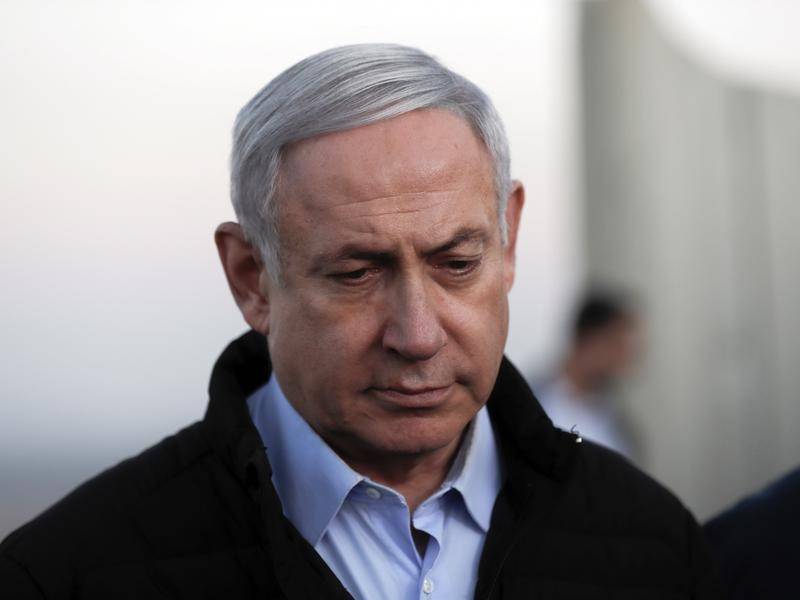 Israeli Prime Minister Benjamin Netanyahu was on Wednesday formally charged with bribery, fraud and breach of trust, the Justice Ministry said, shortly after the embattled politician dropped his request for parliamentary immunity.

The indictment came as Mr Netanyahu was in Washington for a meeting with Donald Trump for the unveiling of a long-awaited US peace plan.

Attorney-General Avichai Mandelblit presented the charge sheet to the Jerusalem district court, where Mr Netanyahu will face trial for corruption over gifts and favourable media coverage received in return for regulatory and financial benefits. Mr Mandelblit had announced his decision to charge Mr Netanyahu in November and presented the charge sheet publicly, but had refrained from the formal move in court “to enable a debate on the Prime Minister’s request for immunity from parliament”, his office said.

Hours earlier, Mr Netanyahu issued a statement from Washington announcing he would not seek immunity. “A few minutes ago, I informed the Knesset Speaker that I’m withdrawing the immunity request,” he said on Facebook. “I won’t let my political opponents use this issue to disturb the historic move I’m leading.”