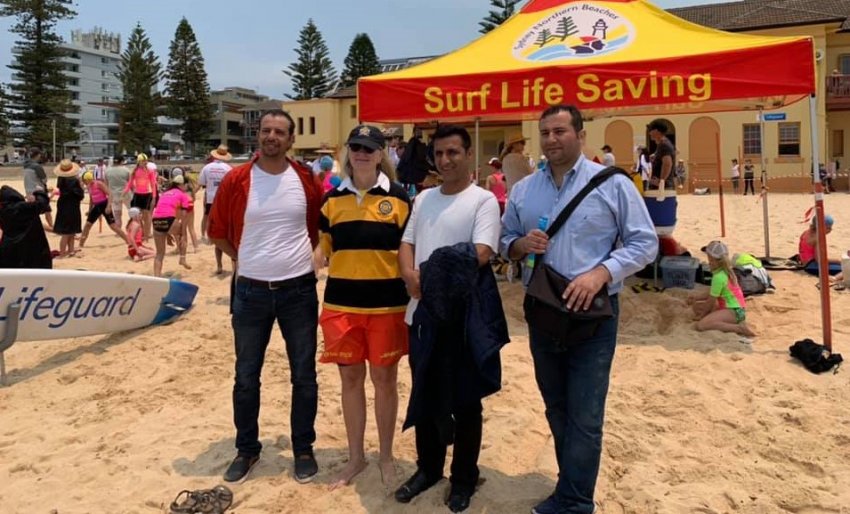 The Gaza Surf Project aims to establish a surf life saving club in Gaza to teach lifesaving and run a Nippers program for young people. Palestinians living in Gaza continue to face the ongoing effects of Israel’s crippling blockade. For many Palestinians, particularly children, the beach is the only playground they have left.

The Northern Beaches Committee for Palestine, together with the Gaza Committee, organised a fundraising dinner for the Gaza Surf Project in Lakemba on January 27.

She said their stay was “just the start. We are committed to helping establish the Gaza SLSC, including providing equipment, further visits and so on.”

Stewart said dozens of club members volunteered to assist their Gazan guests: “We feel this is a hugely important project. Lifesaving is, of course, about keeping people safe on the beach, but it’s about more than that: it’s about building a community, building a sense of family.

“We are trying to teach that culture we have here.”

Shamikh Khalil Badra, a Palestinian activist and member of the Northern Beaches Committee for Palestine, played a key role in the project. He said it took the committee four years of negotiations and planning, overcoming various bureaucratic obstacles, to get Saleh and Alhabil to Australia.

Read the article by Jim McIlroy in Green Left Weekly.