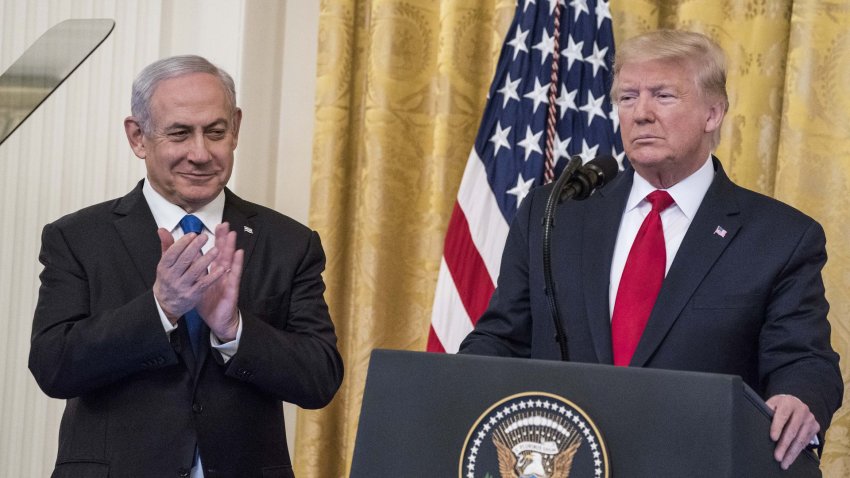 After much anticipation and with great ceremony, on January 28 United States President Donald Trump presented his plan for Middle East peace.

It’s “a great plan”, Trump had already said a few days earlier, though he may just have been humouring his son-in-law Jared Kushner, its chief architect.

On January 28, he called the plan “win-win,” though to whom the second win goes is hard to say.

The first is undoubtedly Israel’s, of whom the only thing that is being asked is a four-year settlement freeze while Palestinian statehood is negotiated.

Outside this exhausting demand to do less, Israel gets: all (or near enough) its settlements, all of Jerusalem, control over borders, uncontested military control over the whole area of historic Palestine, some one-third of the West Bank and the removal of any possibility that Palestinians who were expelled in 1948 could ever claim a right of return or even compensation for the lands and homes and years that were stolen from them.

It is little wonder that a beaming Benjamin Netanyahu, the incumbent Israeli prime minister who stood next to Trump as he presented the plan, looked more smug than ever.

“For too long,” Netanyahu said in his remarks after Trump had delivered (boy, did he deliver), “the very heart of the land of Israel, where our patriarchs prayed, our prophets preached and our kings ruled has been outrageously branded as illegally occupied territory. Well today, Mr President, you are puncturing this big lie.”

Read the article by Omar Karmi in Green Left Weekly.