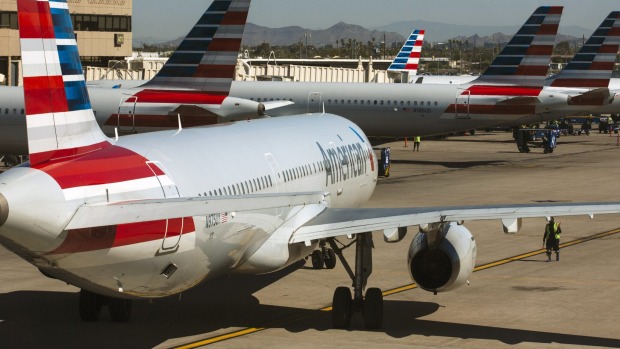 An Orthodox Jewish couple is suing American Airlines for discrimination after being kicked off a flight over body-odour complaints – and, they say, being humiliated by a gate agent on their way off the plane.

Jennie and Yehuda Yosef Adler and their 19-month-old daughter were booked on an American flight from Miami to Detroit on Jan. 23, 2019, but were deplaned before departure over complaints about offensive body odour, according to a federal lawsuit filed this week in the Southern District of Texas.

About five minutes after the Adlers took their seats, an American Airlines gate agent approached the family, saying there was an emergency and that they needed to get off the plane, court records show.

Yehuda Adler, of Southfield, Michigan, told The Washington Post last year that he and his wife were concerned that something had happened with their eight other children, who were at home. He said that after they got off the plane they were told that they had been removed because of a stench. Adler said that the couple was “humiliated,” “frustrated” and left wondering about the real reason they were told to deplane.

“Obviously, there was a reason,” Adler, who is Jewish, said at the time. “But I think it was an anti-Semitic reason.”

The family is now suing the airline for racial and religious discrimination and equal rights violations. The family is seeking a jury trial and $US75,000 ($A112,000).

American Airlines disputed the claim that its employees discriminated against the Adlers, saying in a statement that “none of the decisions made by our team in handling this sensitive situation were based on the Adlers’ religion.”

Read the article by Lateshia Beachum in Traveller.