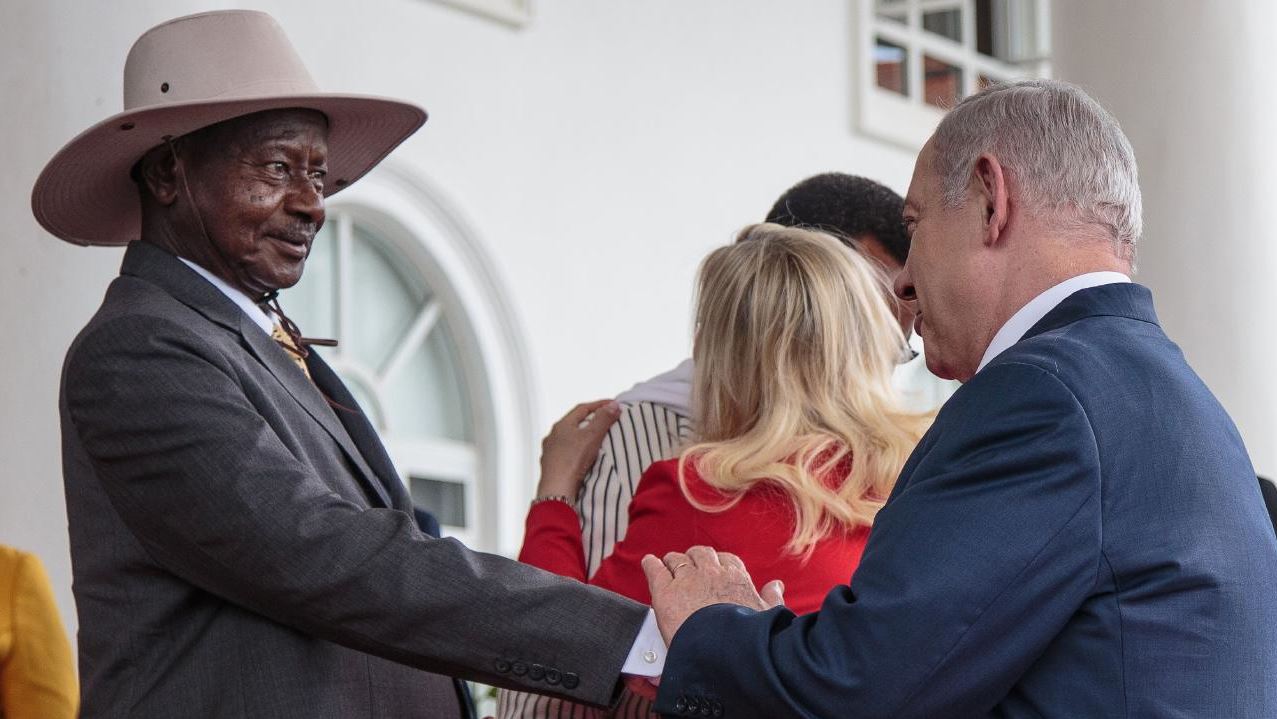 Mr Netanyahu’s office said he met Abdel Fattah al-Burhan, chairman of the ruling sovereign council in Sudan, in the Ugandan city of Entebbe, on Monday. ­Israel remains technically at war with Sudan, which for years supported hardline Islamist forces.

“History,” Mr Netanyahu said in a tweet announcing the meeting.

Sudan’s sovereign council is a transitional body of military officials and civilians headed by Lieutenant General Burhan. It was created as part of a power-sharing agreement with a civilian prime minister, economist Abdalla Hamdok, following the overthrow of longtime dictator Omar al-Bashir last year.

Mr Netanyahu’s office said the two men had agreed to start co-
operation leading to normalisation of the relationship between the two countries. It added that Mr Netanyahu believed “Sudan is headed in a new positive direction” and that he had expressed this view to US Secretary of State Mike Pompeo.

“Burhan is eager to help his country modernise by taking it out of isolation and putting it on the world’s map,” it said.

Sudanese government spokesman Faisal Mohamed Salih said the cabinet only learned of the talks through the media.

“We, the members of the cabinet, were not notified or consulted about this meeting. We are waiting for the chief of the sovereign council to return and give clarification about this,” Mr Salih said.