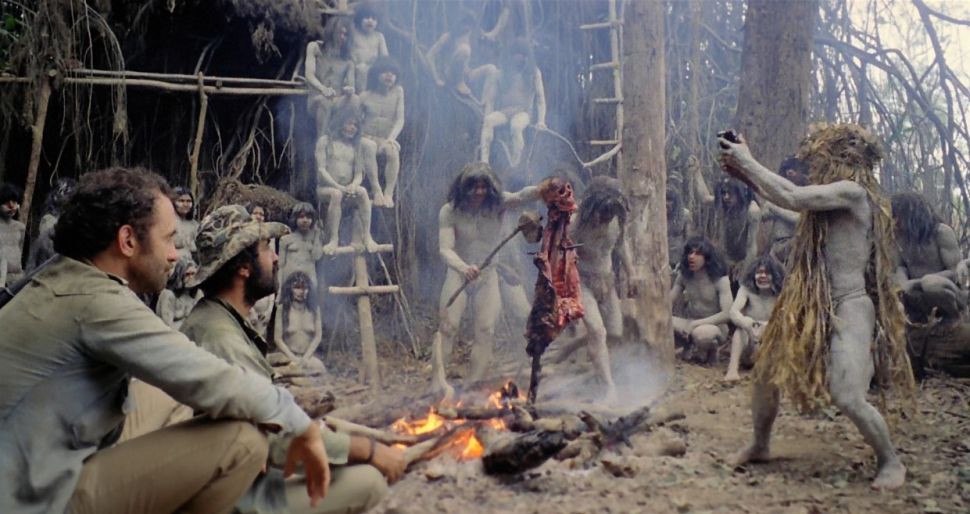 Cannibal Holocaust was banned in the UK until 2001 – but why was the horror movie so shocking?

40 years after Cannibal Holocaust’s director was taken to court for making an alleged snuff film, is it still as shocking?

On February 7, 1980, Cannibal Holocaust had its petrifying premiere in Milan. Four years later, the movie was banned in the US, Australia, Norway, Singapore, and many more countries. So startling was the Italien horror about a rescue mission set in the Amazonian rain forest, that it was banned in the UK until 2001.

With a name like Cannibal Holocaust, you don’t exactly expect a cartoon about bouncing bunnies. And yet, the list of taboos broken by this delinquent of debauchery is surprisingly extensive; there’s graphic sex, brutal murder, and real animal cruelty. “There is a reaction to violence in my films but no reaction to the terrifying violence happening out there every day,” director Ruggero Deodato told StarBurst magazine in 2011.

Of course, the world has moved on since 1980. What was once scandalous to put on screen has become commonplace in independent cinema. Audiences have become somewhat desensitised to sex and violence – just look at how we celebrate the filmography Quentin Tarantino, master of beautiful bloodshed. The question is, then, has Cannibal Holocaust finally lost its ability to shock 40 years on?

Let’s first look at the way sex is depicted. The movie – which sees an anthropologist attempt to rescue a film crew who have gone missing while filming cannibal tribes – features many grim moments, including a particularly intense rape scene and a pretty convincing castration. Today, though, Game Of Thrones – with its multiple instances of incest, rape, and mutilation – has become one of the biggest shows ever to grace TV screens. Even before Cannibal Holocaust rolled into cinemas, audiences had already seen The 120 Days of Sodom, released five years earlier. The sexual content of Cannibal Holocaust, though, was overshadowed by everything else going on in the movie.

Read the article by Dan Peeke on GamesRadar.