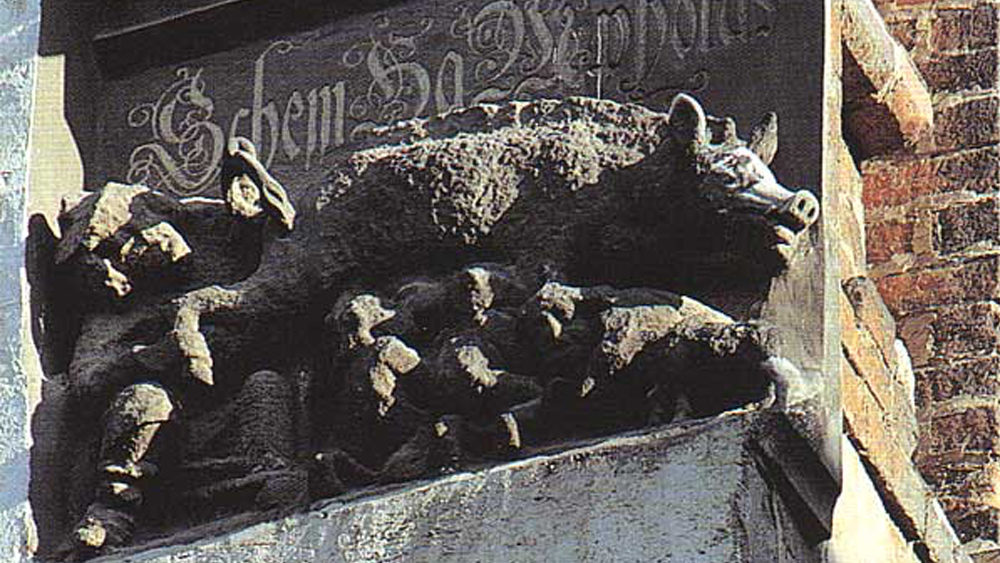 The Parish Church in Wittenberg, a small town in the old East Germany, is famous for two things. One is that it was the church Martin Luther preached in, and the first church in Germany where communion with both bread and wine took place. (It is not the church where Luther nailed his 95 theses – that’s the Castle Church a short stroll away, across the town square and up the main street.)

The second thing this church is famous for is the statue of a pig suckling Jewish children with a Rabbi lifting its tail and peering at its behind. The “Judensau,” or “Jew pig” is a reminder of anti-Semitism in the Middle Ages, but is also shocking to find it on the facade of “the mother church of the Reformation”.

According to Reuters, the Higher Regional Court in Naumburg recently heard a case seeking the removal the pig sculpture, but ruled that displaying the “Judensau” did not constitute an offence.

“The sculpture in its current context has neither an insulting character, nor does it violate the plaintiff’s personal rights,” the judgment said.

This is partly because the sculpture is high off the ground and appears to be the remains of a frieze that runs around the top of the church’s wall.

When a tour guide pointed it out to me, I squinted, but found it hard to make out what the scripture depicted, although it was a nice sunny day.

Read the article by John Sandeman in Eternity.