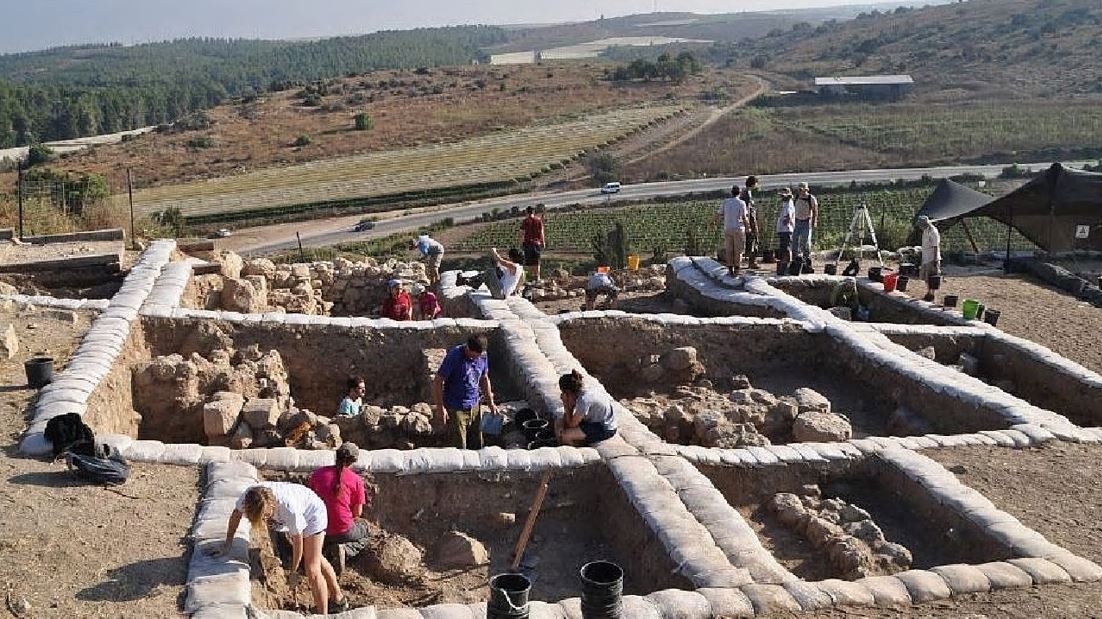 A Canaanite temple that may have influenced the design of Solomon’s Temple in Jerusalem has been uncovered during excavations at a city destroyed more than 3000 years ago.

It dates from 1200BC and was found in what was Lachish, then under Egyptian rule. The temple contains a sanctuary, or “holy of holies”, close to which archaeologists found two rare bronze figur­ines of “smiting gods”.

Lachish, near what is today the Israeli city of Kiryat Gat, was an important Canaanite settlement during the middle and late Bronze Ages. It was built in about 1800BC and destroyed by the Egyptians about 250 years later. It was rebuilt and destroyed twice more, finally succumbing in about 1150BC under an onslaught from Israelites or Philistines.

The Book of Joshua 10:32 says: “The Lord delivered Lachish into the hand of Israel, which took it on the second day, and smote it with the edge of the sword, and all the souls that were therein.”

The excavations show a “crisis phase”, when much of the temple appears to have been used as a refuge­ and food store.

Yosef Garfinkel, of the Hebrew University of Jerusalem, a dig leader, said: “This excavation has been breathtaking. Only once every 30 or 40 years do we get the chance to excavate a Canaanite temple in Israel. What we found sheds new light on ancient life in the region.”

Read the article by Mark Bridges in The Australian.