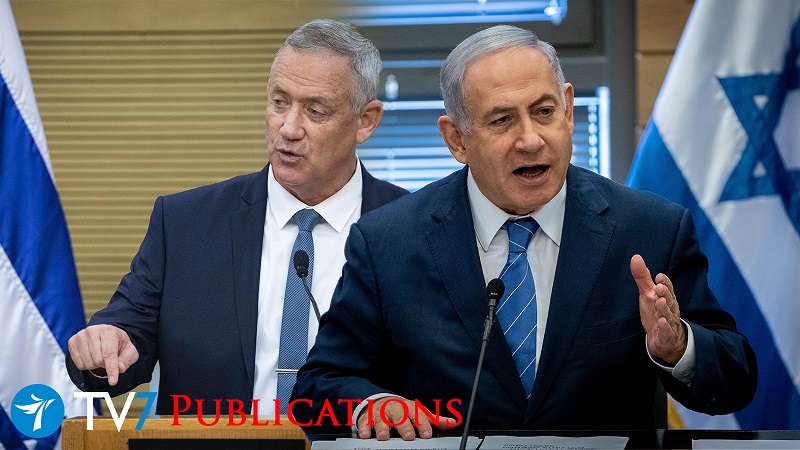 It remains to be seen whether Israeli opposition leader Benny Gantz being given the first crack at forming a new government following the March 2 election really does signal the end of the road for Benjamin Netanyahu, the Jewish state’s longest-serving prime minister. A joint meeting President Reuven Rivlin held with both men after making the announcement of Mr Gantz’s mandate suggests it may not. So does the veteran Mr Netanyahu’s long record of survival against the odds. But what is not in doubt is that after the third inconclusive election in a year, and administration in limbo without even parliamentary approval of a 2020 budget for the purchase of vital military equipment, there is an urgent need for the formation of a stable and effective government.

At their joint meeting, Mr Rivlin again litigated the argument he has made tirelessly throughout the protracted months of political crisis. With the electorate shown in three successive elections to be divided down the middle, he wants them to form a power-sharing government of national unity to deal with the enormous challenges facing Israel, including the coronavirus crisis and the ever-present existential threat posed by Iran. A joint statement said they had agreed their “negotiating teams would meet soon”. It will be a tragedy for Israel if the negotiations fail. Although Mr Gantz has been handed the initial post-election mandate to become prime minister, his path to power is far from certain. In the election, Mr Gantz’s Blue and White party got 33 seats, Mr Netanyahu’s Likud 36. With allies — including, controversially, the support of 15 MPs from the left-wing Arab Joint List — Mr Gantz was able to argue he had the support of 61 Knesset members while Mr Netanyahu and his right-wing allies had 58. Despite being united in wanting to see the back of Mr Netanyahu, some among Mr Gantz’s 61 supporters are doggedly opposed to the formation of a government that relies in any way for its survival on the Arab MPs, who are regarded by many as fundamentally “anti-Israel”. Thus, while Mr Gantz has been given four weeks to form a new government, there is no certainty he can.