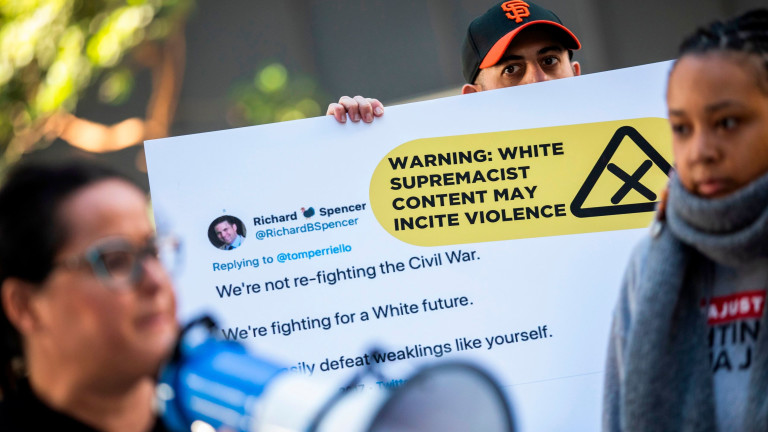 In case you somehow forgot, Twitter’s “birthday” is once again right around the corner. As of this Saturday, 14 years will have passed since Twitter’s founder, Jack Dorsey—who at the time hilariously thought people might actually pay to use his platform, now dubbed “the hell site”—tweeted the very first tweet.

The list of neo-Nazis, white supremacists, and other far-right agitators who have managed to retain considerable followings on Twitter, despite policies supposedly banning hate speech, is lengthy. Those still on the site include, for example, former Ku Klux Klan Grand Wizard David Duke, neo-Nazi Richard Spencer, anti-immigrant demagogue Peter Brimelow, and anti-Semitic conspiracy theorist Kevin MacDonald, among many other prominent hate figures.

Some of the accounts are even verified; in the case of Spencer, a report in 2018 suggested that CEO Jack Dorsey had personally intervened against an account ban.

Check out the article by Tom McKay and Dell Cameron in Gizmodo where you will find some examples of the racist drivel Twitter refuses to take action against.