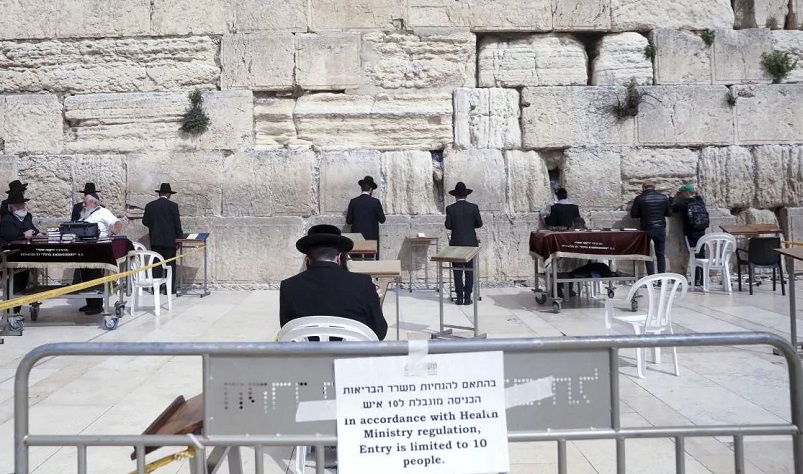 In the days before the novel coronavirus, the thought that every church, synagogue and mosque in the Holy Land would be ordered shut was simply unimaginable.

Yet that is today’s reality.

On Wednesday, the Israeli government instituted a nearly complete COVID-19 lockdown that includes the closure of all houses of worship. The directive permits 10 worshippers to pray outdoors, provided they stand at least 1.8 metres apart.

The day before, the Ministry of Health revealed that 24 per cent of infected Israelis had contracted the virus in synagogues. Another five per cent were exposed in yeshivas.

In the West Bank, the Palestinian Authority shuttered all mosques and churches, including the Church of the Nativity, weeks ago after an outbreak of the virus in Bethlehem, the traditional birthplace of Jesus and the territory’s most visited site.

Mosques and churches in Gaza, ruled by Hamas, are also closed to worshippers.

Although communal religious practice is being curtailed around the world in an attempt to thwart the virus’s spread, the limitations on communal prayer, coupled with the total collapse of religious tourism before Passover, Easter and Ramadan, is hitting the Holy Land particularly hard.

“It’s an extremely difficult time for families because Easter is high season,” said Wadie Abunassar, an adviser to and spokesman for church leaders in the Holy Land. “But what can we do? Even the Vatican is closed. We are not unique. Health must come first.”

In Israel, religious tourism is also nonexistent, and hotels are empty or being used to quarantine patients who have tested positive for the virus. Citizens have been told to hold their Passover Seder at home, with only their nuclear family. Many single people may be spending the holiday alone.

In a move that has angered some Jewish women, rabbinical authorities have insisted that women’s mikvehs, or ritual baths, remain open.