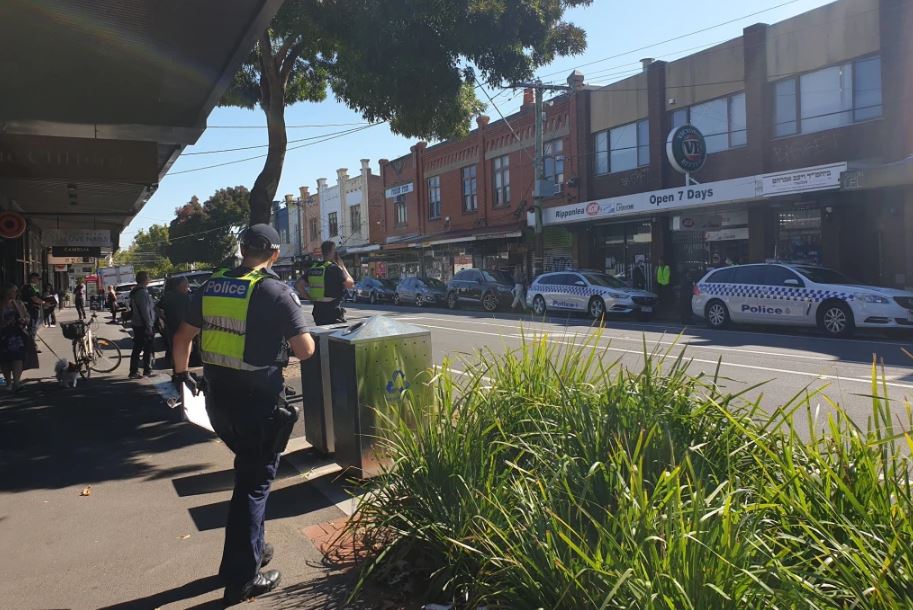 Police raided an ultra-Orthodox Jewish prayer group in Melbourne’s inner-east on Thursday morning where a group of at least 10 men were praying in contravention of social-distancing rules.

Just after 11am, about 10 police vehicles swooped on an apartment above an IGA store in Glen Eira Road, Ripponlea.

Police warned men meeting at the same venue on Wednesday and issued several warnings to the organiser of the group to not hold gatherings.

Police attended the location again on Thursday after being made aware of people heading to the address for a meeting.

They fined the group’s leader $1652 for failing to adhere to directives designed to slow the spread of coronavirus. Police are working to ascertain the identities of the other attendees before determining whether more fines will be issued.

Alex Fein, a local who witnessed the raid, said there were “heaps and heaps of police”.

About two weeks ago, prayer groups organised by members of the Satmar Hasidic sect, an offshoot of the Adass grouping, were revealed to be meeting for daily “minyan” prayers that require 10 men to attend, in defiance of social-distancing rules.

No immediate action was taken in response to reports about the prayer meetings but they prompted police interest and officers have since patrolled the locations at which they know they have taken place.

Read the report by Paul Sakkal in The Age.