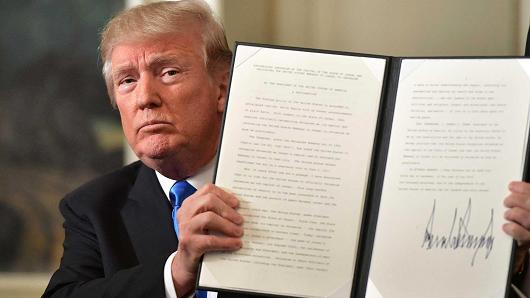 Why is the US blockading poor countries in a pandemic?

Imperialism doesn’t stop for pandemics. As cases of COVID-19 multiply across the world, the United States has refused to lift sanctions on Iran and other states and has tightened sanctions on Venezuela.

“The administration is taking a kind of ‘kick them while they’re down’ approach, seemingly with the hope that by piling on sanctions and other actions, the administration can capitalize on the virus in Iran and Venezuela to spur greater public opposition to the incumbent governments and perhaps regime change”, Peter Harrell, a former sanctions official at the US State Department, told the Guardian last month.

Formally, certain essential items – medicine and foodstuffs, for example – are exempt from sanctions on humanitarian grounds. However, bureaucratic delays and the realities of globalised production, combined with outright threats by the United States, mean authorities in affected states are less equipped to deal with the pandemic, which means more unnecessary deaths.

Venezuela’s health system was already at breaking point because of crippling sanctions before the pandemic. It has little ability to carry out mass testing for the virus.

“In Iran, urban administrators are left facing an unprecedented public health crisis”, Tehran mayor Pirouz Hanachi wrote in the Guardian on 4 April. “We are operating against the backdrop of the most extreme sanctions regime in history. The US embargo not only prohibits American companies and individuals from conducting lawful trade with Iranian counterparts, but given that the sanctions are extra-territorial, all other countries and companies are also bullied into refraining from doing legitimate business with Iranians, even the selling of medicines.”

It is virtually impossible for any state to have well-supplied medical facilities without extensive trade with the United States. More pharmaceutical products are produced there than in all other countries combined.

Read the article by Priya De in Red Flag.