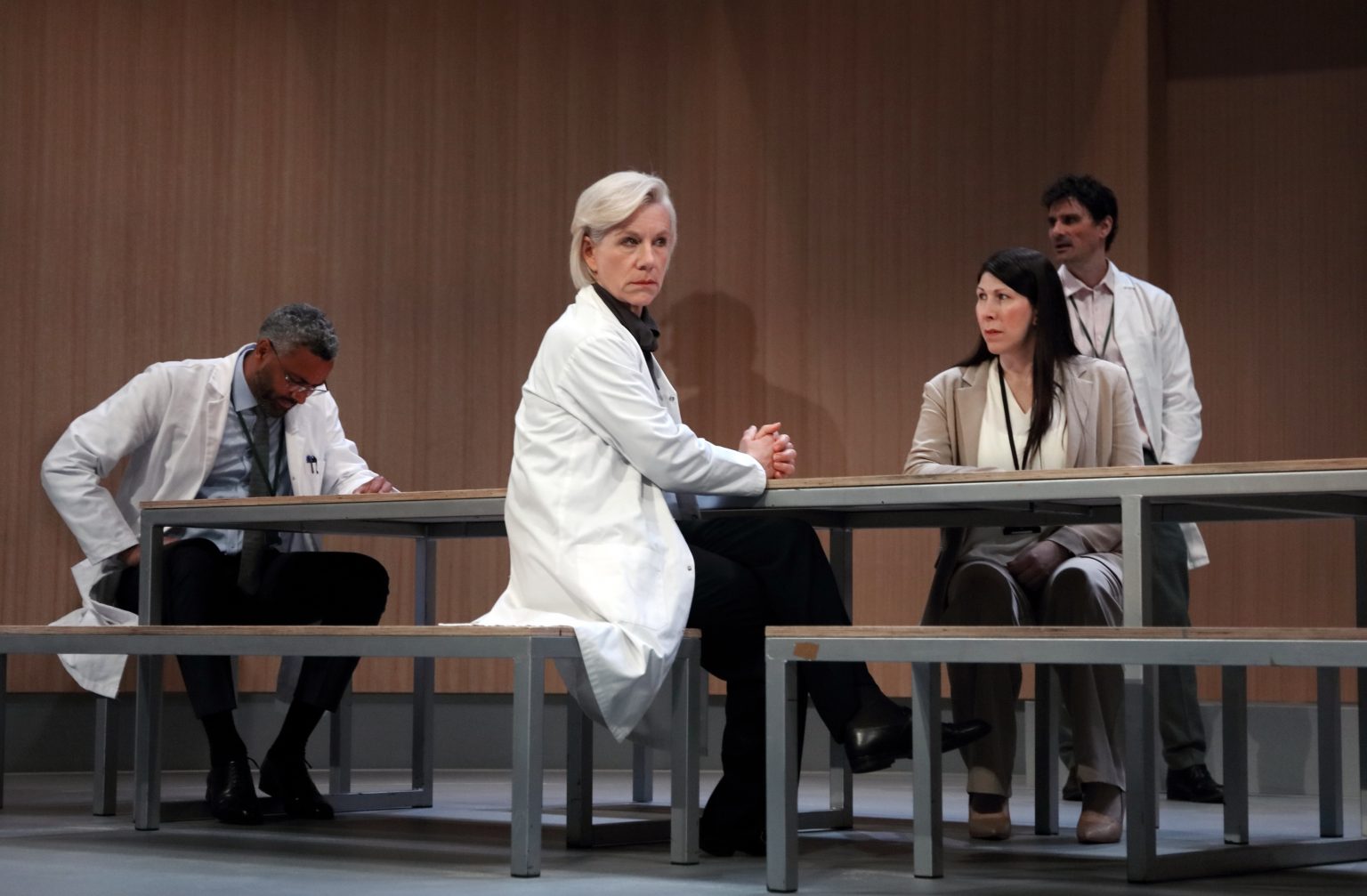 Postcard from the Adelaide Festival 2: Dramas of Ideas

Arthur Schnitzler was a fin de siècle Viennese-Jewish doctor, playwright and author of fiction. He’s most famous for his literary and dramatic treatment of sexual and class hypocrisy: his most widely translated and performed play Reigen (known in French as La Ronde) was adapted by David Hare as The Blue Room; and his novella Traumnovelle is the basis for Stanley Kubrick’s Eyes Wide Shut.

However he also wrote about anti-Semitism – most directly in Professor Bernhardi. The play is set in Vienna in 1900, when widespread anti-Jewish sentiment was on the rise and being exploited by populist politicians, with consequences Schnitzler could not have predicted but we now know all too well. The play has been updated by Robert Icke as The Doctor.

The plot deals with a Jewish doctor and director of a charity-funded hospital who prevents a Catholic priest from giving the last rites to a female patient dying of septicaemia following a botched abortion. He does so in order to spare her distress because she’s delirious from the infection and unaware that she’s dying; the summoning of the priest is a routine procedure that the doctor decides to overrule.

Nevertheless he’s attacked by the press and falsely accused of striking the priest, the hospital is threatened with bankruptcy, and a law is proposed in parliament banning Jews from certain positions. In the end the doctor is betrayed or abandoned by most of his (non-Jewish) colleagues, who agree to him being charged with ‘obstructing religious observance’. He resigns from his position in protest, is put on trial and ultimately sent to prison.

Read the article by Humphrey Bower in Daily Review.